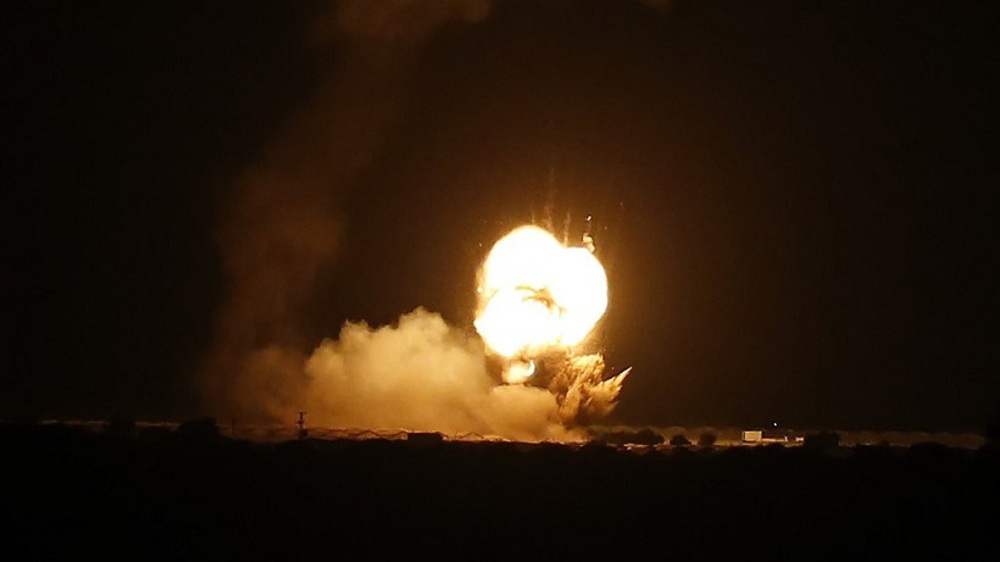 The Israeli military said in a statement that its fighter jets had struck at least three targets belonging to the Hamas resistance movement, including a military post, a factory that purportedly manufactures rockets, and an underground facility, on Friday night.

There were no immediate reports of casualties from Gazan authorities.

The Israeli military claimed that the airstrikes were “carried out in response to rockets fired from the Gaza Strip" into the occupied territories a few hours earlier.

It added that the two rockets were purportedly intercepted and caused no casualties but triggered sirens in the southern city of Ashkelon and nearby communities, and sent settlers into shelters.

The Israeli regime every so often launches strikes against positions in Gaza Strip, accusing the resistance groups in the territory of launching rockets.