Saturday, 26 December 2020 _Since its independence in November 1948, Lebanon, the small, Arab country has been the scene of a myriad of conflicts, challenges and political bickering. The year 2020 was not unlike any other year, but even more challenging. 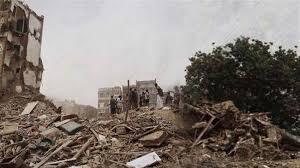 As the country was engulfed by economic-financial and monetary crisis, another challenge hit the global scene in the form of a novel coronavirus.

The first few positive cases of COVID-19 in Lebanon forced the country, like the rest of the world into a lockdown. This lockdown was preceded by an unseen monetary crisis where the Lebanese lira plummeted against the US dollar.

US sanctions on Lebanon led banks to limit cash withdrawals and long cues were seen daily facing banks. Observers look at the year 2020 as being one of the darkest periods in Lebanon’s history.

With the multi-faceted crisis in the Mediterranean country, the explosion in the Beirut Port in August of 2020 only served as an unprecedented blow and a national tragedy for all Lebanese. However, politicians and media remained intensely at odds.

Following the blast, Prime Minister Hassan Diab was forced to step down in respect for the victims. Investigations into the blast are still pending. The same goes for talks on forming a new government. Although the majority of Lebanese factions agreed to name Saad Hariri as prime minister, it seems the year 2020 will end and the formation of a new government remains in limbo.