Saturday, 26 December 2020 (YJC)_ the Observer has learned a UK military drone crashed during a practice in Cyprus in October. 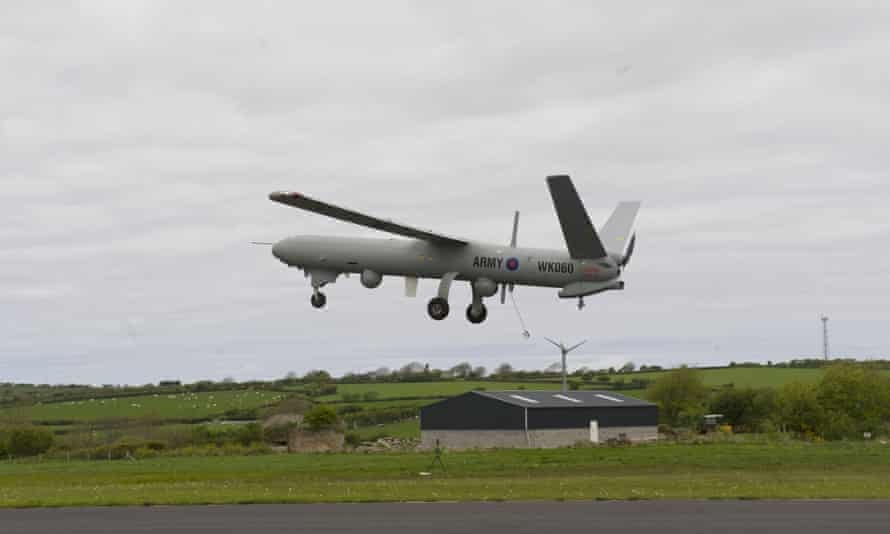 A UK military drone, of the type now being used to monitor the Channel for migrant crossings, crashed during a practice in Cyprus in October, the Observer has learned.

The £1bn Watchkeeper drone programme has been plagued with problems during its development. Between 2014 and 2018 there have been at least five recorded crashes, and there are claims the drone is unable to fly in poor weather conditions.

Originally purchased for use in the war in Afghanistan and fitted with a range of intelligence and reconnaissance cameras, the unmanned aircraft system has been used by the UK Border Force to patrol the Channel since September under Operation Devran.

But according to a new report, Crossing a line: The use of drones to control borders, by the watchdog group Drone Wars UK, the highly publicised operation has little practical value.

Freedom-of-information requests submitted by the group confirmed the Cyprus crash and have also revealed that, under Operation Devran, the Watchkeeper programme flew just 15 sorties with a total flight time of 43 hours and 52 minutes during the month of September.

During October, it flew only six sorties in support of the Border Force, totalling 23 hours and 54 minutes in the air.

“The use of military-grade drones at borders is the beginning of the use of drones that blur the boundaries between military and domestic policing,” said Chris Cole, director of Drone Wars UK. “As the concept of border security extends from the border and intrudes further into everyday life, the rights implications will begin to swiftly move beyond migrants and impact all of us.”

Dan O’Mahoney, clandestine Channel threat commander with the UK Border Force, defended the use of Watchkeeper.

“We are determined to put a stop to illegally facilitated small boat Channel crossings, which are both dangerous and unnecessary.

“Aerial surveillance of the Channel is a vital part of that work, both in terms of protecting lives and securing vital evidence that can support criminal prosecutions. So far this year, immigration enforcement have arrested 55 people on suspicion of facilitating small boat crossings and secured eight convictions.

“Aerial surveillance is only deployed when operationally required.”

It is understood that the crash in Akrotiri, a British sovereign base in Cyprus, had no connection to the recent deployment of Watchkeeper in the Channel.

An army spokesperson said: “We can confirm that on 14 October 2020, during routine flying training, there was an incident involving a Watchkeeper at Akrotiri in Cyprus, resulting in some damage to the aircraft. A full investigation is underway and as such it would be inappropriate to comment further at this time.”

No personnel were harmed as a result of the incident and the army, which has responsibility for the drone, has said it will comply fully with any investigation into the incident.