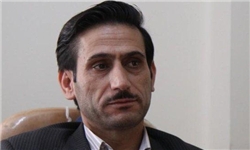 MP Ahmad Shohani in interview with ICANA said "Since 6 months ago, Riyadh has started changing its strategy in foreign policy and its relations with the Islamic Republic.”

The dismissal of one such as Bandar bin Sultan and his friends was a positive action toward the neutralization of relations with Iran. It also showed that Riyadh is willing to fight the Takfiri fighters, he said.

The Majlis has no problem with expanding relations, but Saudi Arabia has to gain the trust of Iranians, he noted.