Monday, 28 December 2020_US President Donald Trump has signed off on a $2.3 trillion spending legislation that includes $900 billion for coronavirus relief and the remainder for government spending through next September. 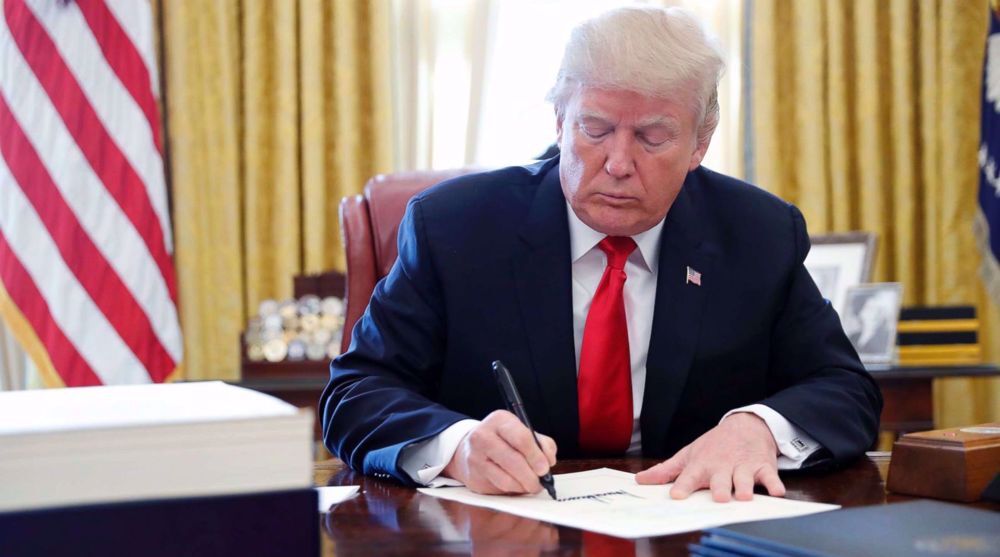 Republican Trump, who leaves office on Jan. 20 after losing November's election to Democratic Joe Biden, signed the bill into law on Sunday averting a government shutdown that was set to begin on Tuesday.

The bill, which Trump called “a disgrace” after it had been passed in the House and Senate, restores unemployment benefits to millions of jobless gig-workers and independent contractors, as well as the long-term unemployed.

He had previously demanded lawmakers raise the second round of stimulus checks to $2,000 per person, from $600, but eventually gave in after coming under intense pressure from lawmakers on both sides.

“If your objection to the Covid-19 relief bill will prevent you from signing, please veto it immediately. You’ve made your position clear and rejecting it quickly will allow those in favor to act before it is too late,” said a group of bipartisan lawmakers.

Now, although the bill has been signed into law, the push to more than triple the size of direct payments is still underway.

"Much more money is coming," he insisted in a statement but failed to provide anything to back this promise.

He also said the Senate would “start the process for a vote that increases checks to $2,000.”

Meanwhile, House Speaker Nancy Pelosi said in a statement Sunday that Trump should "immediately call" on Republicans "to end their obstruction and to join him and Democrats in support of our stand-alone legislation to increase direct payment checks to $2,000."