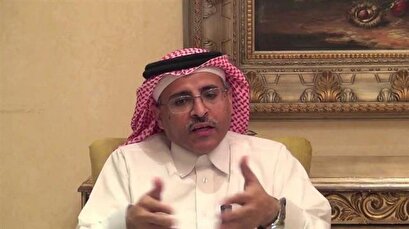 Maha al-Qahtani, the wife of the activist, wrote in a post published on her Twitter page on Monday that her husband had entered the ninth day of the strike due to the stress placed on him by authorities at al-Ha’ir Prison.

She said Qahtani, the co-founder of the Saudi Civil and Political Rights Association (ACPRA), took the action in protest at being denied “the most basic rights,” adding that her husband held Mohammed bin Ali al-Asmari, director-general of prisons in Saudi Arabia, “fully responsible” for threats to his health and life.

Qahtani was formerly an economics professor at the Institute of Diplomatic Affairs in the Saudi Foreign Ministry.

He was arrested in June 2012 as part of a wide crackdown on human rights advocates in the kingdom.

In March 2013, Qahtani was sentenced to 10 years in prison for several charges related to his human rights work, including “using the internet to disseminate opinions, petitions, and statements against the government.” He was also given a 10-year travel ban to take effect upon his release.

Abdullah al-Hamid, his friend and fellow co-founder of ACPRA, was sentenced to 11 years in prison during the same trial.

Hamid died on April 24 after suffering a stroke and falling into a coma. His death was described by activists as having been a result of “deliberate medical neglect” from Saudi prison authorities.

The London-based group ALQST, which is an independent non-governmental organization advocating human rights in Saudi Arabia, wrote in a post published on its official Twitter page in late July that journalist Aqel al-Bahili, writer Abdulaziz al-Dakhil and activist Sultan al-Ajami had all been detained after they offered condolences following Hamid’s death.