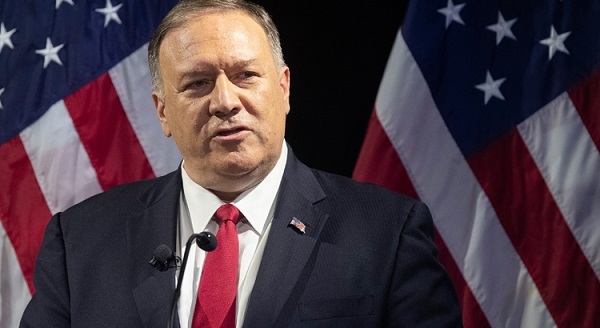 Secretary of State Mike Pompeo has once again accused the People's Republic of China of lying about the coronavirus pandemic, and has demanded the immediate release of Zhang Zhan, a 'citizen journalist' ostensibly imprisoned for her reporting on the virus.

"The Chinese Communist Party has shown once again it will do whatever it takes to silence those who question the Party's official line, even regarding crucial health information," Pompeo said in a statement Tuesday.

"We call on the PRC government to release her immediately and unconditionally," he added.

Later Tuesday, in a statement on his Twitter, Pompeo wrote that "in the face of the Chinese Communist Party's lies, Chinese citizen journalist Zhang Zhan's uncensored reports from Wuhan gave the world a much-needed window into the outbreak of COVID-19."

The US and China have engaged in a months-long campaign of back-and-forth accusations regarding the origins of the Covid-19 pandemic, including claims that the US Army brought the virus to Wuhan, or that it was created artificially in a lab. None of the claims have been conclusive, and both sides deny having anything to do with the pandemic.

Share to
Related News
Trump targeting China to take virus blame off himself at home: Analyst
WHO, intel reject Trump, Pompeo’s claim COVID-19 came from Wuhan lab
China to buy $50b in US farm products in return for tariff concessions: US sources
Nuclear official: US pressures on Iran doomed to fail
Tags
Mike Pompeo ، US ، China ، coronaviruse ، covid-19
Your Comment