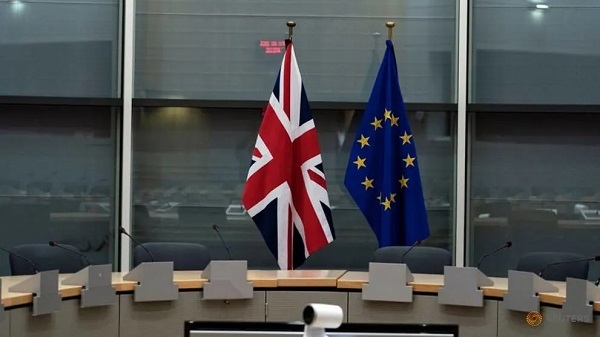 Britain’s House of Commons voted resoundingly on Wednesday to approve a trade deal with the European Union, paving the way for an orderly break with the bloc that will finally complete the U.K.’s years-long Brexit journey.

With just a day to spare, lawmakers voted 521-73 in favor of the agreement sealed between the U.K. government and the EU last week.

It will become British law once is passes through the unelected House of Lords later in the day and gets formal royal assent from Queen Elizabeth II.

The U.K. left the EU almost a year ago, but remained within the bloc’s economic embrace during a transition period that ends at midnight Brussels time —- 11 p.m. in London — on Thursday.

European Commission President Ursula von der Leyen and European Council President Charles Michel signed the agreement during a brief ceremony in Brussels on Wednesday morning. The documents were then being flown by Royal Air Force plane to London for Johnson to add his signature.

The European Parliament also must sign off on the agreement, but is not expected to do so for several weeks.

Just after the EU’s top officials formally signed the hard-won agreement in Brussels, British Prime Minister Boris Johnson urged legislators in the House of Commons to back a deal that he said heralded “a new relationship between Britain and the EU as sovereign equals.”

Iranian Official: US Transferred ISIL Terrorists to Afghanistan to Wage a Proxy War

ICT Minister: Villages Located in Remote Areas in Iran to Have Access to Internet Next Year

Solving the problems of Afghan refugees; The focus of the meeting between the Iranian ambassador and the Taliban foreign minister