NATO message to Russia; alliance will defend its members

RIGA, Sept 06, 2014 (AFP) - NATO continued military exercises in eastern Europe on Saturday aimed at delivering a "loud and clear" message to Russia that the alliance will defend its members. 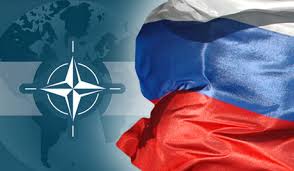 A large airdrop of troops at Latvia's Lielvarde military base marked the latest stage of NATO's Steadfast Javelin II training exercises which began on September 1 and continue until September 10.

A total of 2,000 troops from nine countries -- including the US, Canada and Italy -- are taking in the exercises which are spread across Latvia, Lithuania, Estonia, Poland and Germany.

"We cannot define the enemy [in these exercises], but Russia is a country that poses a potential threat to European countries in general and to NATO."

The exercises are designed to improve the ability of NATO militaries to work together in complex operations, his ministry said in an earlier statement.

"Obviously there is a relevance to the crisis in Ukraine," said Latvian General Hans-Lothar Domrose, adding that they tell "everyone loud and clear that NATO is ready to defend the territorial integrity of NATO member states."

General Ed Davis, NATO's deputy commander of land forces, told LTV that the alliance was building forces that can respond to a "more diverse and dynamic" threat "within 48 hours".
Share to
Tags
NATO ، Russia ، Ukraine ، Latvia
Your Comment