Friday, 01 January 2021_An Iranian Health Ministry official says the production of coronavirus vaccine in cooperation with Cuba is one of Tehran’s priorities after such other alternatives as purchasing from a foreign country and participation in the World Health Organization’s COVAX program. 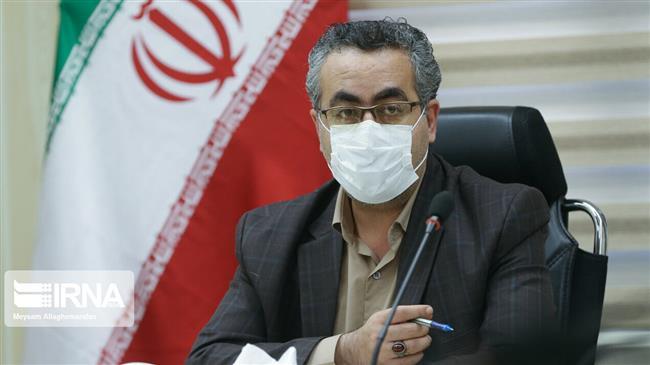 Kianoush Jahanpour, spokesman of the Iran Food and Drug Administration (IFDA), made the comment on Friday as he explained the country’s various measures for the provision of the Corona vaccine.

“Probably, the first corona vaccines to arrive in Iran are through direct purchases from a foreign country, followed by Iran's quota from the COVAX basket, then the joint production of the Pasteur Institute of Iran with a Cuban company, and then the Iranian vaccine,” Jahanpour said in an interview with the official IRNA news agency.

The Iranian official highlighted joint cooperation between Tehran and Havana in the production of the COVID-19 vaccine and said its test and trial is under way in three phases.

“Phase one of the human clinical trial of the corona vaccine has been successfully performed in Cuba, the second phase of the human clinical trial is currently being conducted under the supervision of the Pasteur Institute of Iran in Cuba, and providing the success of the second phase, phase three of the human-based study — as announced by the head of the Pasteur Institute of Iran — will be done in Iran in the final months of the year,” Jahanpour noted.

The IFDA’s spokesman said the technology of production of a joint vaccine between Iran and Cuba is Subunit and this technology is to be transferred to Iran during the joint cooperation.

Subunit vaccines are composed of protein or glycoprotein components of a pathogen that are capable of inducing a protective immune response and may be produced by conventional biochemical or recombinant DNA technologies.

On Tuesday, Iran begun the first phase in the human trial of the homegrown COVID-19 vaccine after successfully completing the initial steps, including tests on animals, and obtaining necessary approvals.