Tehran, YJC. President Rouhani made the remarks while addressing a huge gathering of well-wishers in Imam Reza’s shrine in the city of Mashhad, the capital of Khorasan Razavi province, on Saturday. 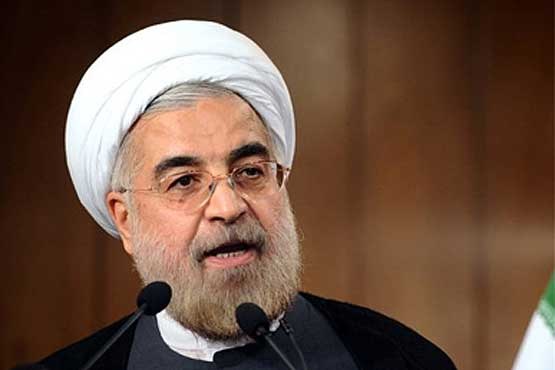 "Our region is now through difficult times. Muslims in Iraq, Syria, Lebanon, Palestine and other countries like Libya and Yemen are crippled with war and foreign interference. The Iranian administration has not only succeeded to solve Iran’s internal issues, but has also succeeded to take great steps for regional security and stability,” Rouhani stated, according to Tehran Times.

The Iraqi people did everything in their power to help establish peace and security in their country and put an end to ISIL’s atrocities "but they would have never succeeded in their efforts if it was not for the Iranian contributions in bringing peace and stability to the country,” Rouhani stated.

He added, "Was it not for the contributions of the Islamic Republic of Iran, its Leader and nation, the Gazans would have never been able to defeat the criminal Zionist regime.

"If there is relative stability in Syria and Lebanon, it is thanks to the efforts of the Iranian nation,” he noted.

Elsewhere in his remarks, President Rouhani announced that his administration has succeeded to tackle financial issues and reverse the economic downturn in the country.

He also expressed hope that the country’s inflation rate would be brought further under control and kept under 20 percent by the end of the current Iranian calendar year (March 21, 2015).

Rouhani added that his administration has been able to take great measures in the past one year, and would make its utmost efforts in the coming years by "relying on the guidelines of the Leader of the Islamic Revolution and the nation.”

"Thanks to the contributions of the people, in the economic sector, local and foreign policy, culture, and social issues, we have reached a point that no one would have believed a year ago,” Rouhani said.

He also stated that "if there has been any success, it has been for the unity of the nation.”

Talking to reporters upon landing in Mashhad’s Qaseminejad Airport, Rouhani said his administration was committed to solving the issues and problems of Khorasan Razavi province. He said he would discuss the problems of the province with scholars, and the provincial council during his visit.

During his visit to the province, Rouhani is scheduled to hold meetings with martyrs’ families and the province’s scholars. His cabinet would also convene in the holy shrine of Imam Reza (PBUH) on Sunday.