Hashemi: If U.S. honest, we can cooperate on ISIL

Tehran, YJC. Head of Expediency Council speaks in an interview with Denmark’s TV2. 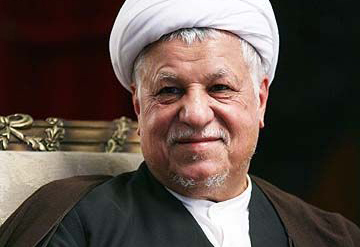 On Monday, Iran’s Head of Expediency Discernment Council Akbar Hashemi Rafsanjani was invited by the Danish Foreign Minister Martin Lidegaard to do an interview with Denmark’s TV2 after the two political leaders had a meeting in Tehran.

The interview comes in the following:

Q: How important is it to you that the Danish Foreign Minister has visited Iran after 10 years?

A: We are happy and we welcome the trip. We used to have long-standing, deep relations with Denmark. The two country’s relations are pretty much as old as I, having started 80 years ago and still going on; but they had diminished recently.

Q: The Danish Foreign Minister is here to persuade regional countries to take part in the fight against ISIL. Do you think it is possible that Iran would cooperate with the U.S. against ISIL?

A: If the U.S. shows honesty we can cooperate, but if it intends to mislead, that wont be possible. Iran is victim to terrorism more than any other county; and we are readier any country to work against terrorism. No country is as experienced as we are in fighting terrorism. We know the ISIL to be the tip of the iceberg that floats on the sea and emerges more and more every day. It is rooted in the pains that people suffered from the arrogance and now they are taking revenge by what they do. Islam is not like that at all.

… ISIL has killed or displaced hundreds of thousands of Christians and Muslims. Currently, extremist groups are spoiling the real form of Islam. But you have to know that if the ISIL is suppressed, its young, angry members will join other groups. That means that their job will not be done, witnessed by what happened when some al-Nusra forces joined ISIL.

Q: You are fighting ISIL in Iraq and the U.S. is fighting the same enemy. How do such diverging outlooks join?

A: We are doing our own job each, but both hit the same spot. We had such cooperation previously in fighting Zarqawi. But in Syria we fought the same ISIL which the U.S. would support. We are doing our job and we hope that the U.S. and other countries help cut the terrorists hand off the people of Iraq and Syria and the Muslims of the region.