ME secure if UK does not interfere

Tehran, YJC. MP says region grows insecure as the U.S. and UK prepare the grounds for terrorist groups to thrive. 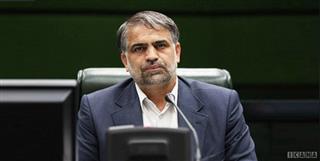 "If UK or the U.S. do not prepare the situation for terrorist groups such as ISIL, the region will live in perfect peace,” said Farhad Bashiri, member of the Iranian parliament.

Speaking in relation to a recent UK decision to launch 3 new military bases in the Middle East he said "As we investigate into the workings of the terrorist groups, we find out that their nurturing source is the arrogant countries one of which is the UK.”

The MP stated that public disgust at the violent acts of the ISIL has forces the West to take populist actions under the name of fight against ISIL.

"The U.S. and UK are themselves a haven for such extremist currents and they have to answer questions in this regard,” he asserted.

He added that by launching more military bases, the UK intends to contribute to its expansionist schemes for the ME.

"If the UK and the West intend to fight ISIL they have to clearly stop their relations with such extremist, anti-humanitarian currents,” he noted.

The region does not need help from the UK or U.S. to secure itself. If the West does not pave the way for terrorists groups, the region will live in perfect peace, he said.