Wednesday, 24 February 2021_Twitter has removed hundreds of accounts in Iran, Russia, and Armenia, despite widespread criticism of the platform’s suppression of free speech. 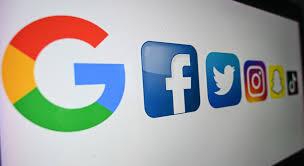 The social media network announced on Wednesday that “373 associated accounts across four networks were permanently suspended from Twitter for violations of our platform manipulation policies.”

It announced in October last year that it “removed approximately 130 accounts originating in Iran.” Twitter alleged that those accounts “were attempting to disrupt the public conversation during the first 2020 US Presidential Debate.”

The social media giant later “suspended a total of 238 accounts operating from Iran” this time over allegation of “various violations of our platform manipulation policies.”

It also “removed 35 accounts that had ties to the Government of Armenia.”

In some cases, Twitter said, fake accounts purported to represent government and political figures in Azerbaijan, as well as news entities claiming to operate in Azerbaijan.

“Our first investigation found and removed a network of 69 fake accounts” that allegedly amplified narratives that were aligned with the Russian government, it said.

It alleged that some of the networks focused on undermining NATO.

“As part of our second investigation in this region, we removed 31 accounts from two networks,” it said.

Twitter claimed that those accounts were associated with “Russian influence efforts targeting the United States and European Union.”