Iran will not wait for any coalition to fight terrorism 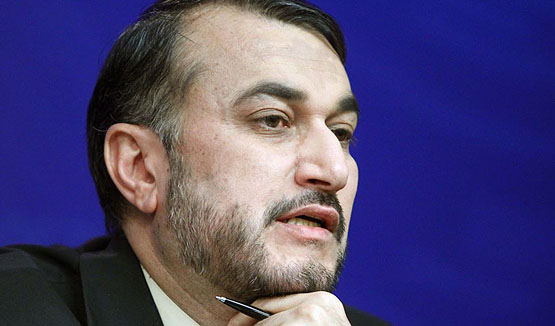 He stated that Iran will not wait for any international coalition, but will rather perform its duty in fighting terrorism.

The Iranian diplomat added that the "wrong and selective approach [adopted by] the West and the US” in regard to terrorist groups such as the ISIL group in Syria and Iraq has made the terrorists stronger to the extent that they threaten stability and security in the Middle East region.

Amir-Abdollahian said Iran believes supporting the Iraqi and Syrian governments is the "best" way to fight ISIL terrorists operating in the region.

The French parliamentarian, for her part, said her country supports fighting terrorism within UN framework.

Earlier in the day, Amir-Abdollahian said that Iran has no interest in attending next week's international meeting in France on fighting ISIL.

He stated that the conference has a selective guest list and is just for show.

"Attending a symbolic and selective meeting on fight against terrorism in Paris is not on our agenda,” Amir-Abdollahian asserted.

France is scheduled to host a conference on Monday to discuss ways to tackle the ISIL terrorists in Iraq and Syria.

The Paris meeting would come as the US is forming a so-called international coalition to battle the Takfiri ISIL militants.