CENTCOM chief points finger at Iran over strikes on Erbil

Wednesday, 24 February 2021 (YJC)_Gen. Kenneth "'Frank" McKenzie warned Iran in the boldest statement yet from the Biden administration over the attacks. 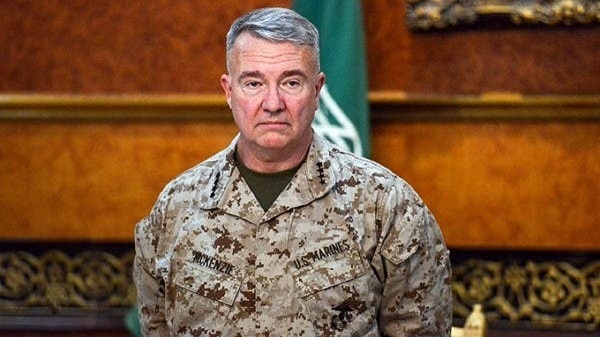 The top commander of US military forces in the Middle East issued a subtle but unmistakable warning to Iran today over recent projectile attacks on Iraq’s Kurdistan region and Saudi Arabia.

CENTCOM commander Gen. Kenneth “Frank” McKenzie said he considers it “very dangerous” for Iranian officials to assume that an uptick in such attacks in recent weeks “can be non-attributable in some way back to Iranian policy.”

“We believe that all of this ultimately emanates from Iran,” McKenzie said during a virtual forum hosted by the Beirut Institute.

The general’s comments went a step beyond the Biden administration’s cautious messaging to date on attributing blame for the recent strikes as Washington seeks to reengage with Tehran on a return to the 2015 nuclear deal.

Last week, more than a dozen rockets rained down in and around Erbil International Airport in northern Iraq’s Kurdistan region, killing a military contractor and wounding nine other people, including a member of the US military.