Thursday, 25 February 2021_Nearly 140 NGOs from 31 countries have called on the United Nations Security Council to urgently institute a coordinated, global arms embargo on Myanmar in response to the recent military coup in the country. 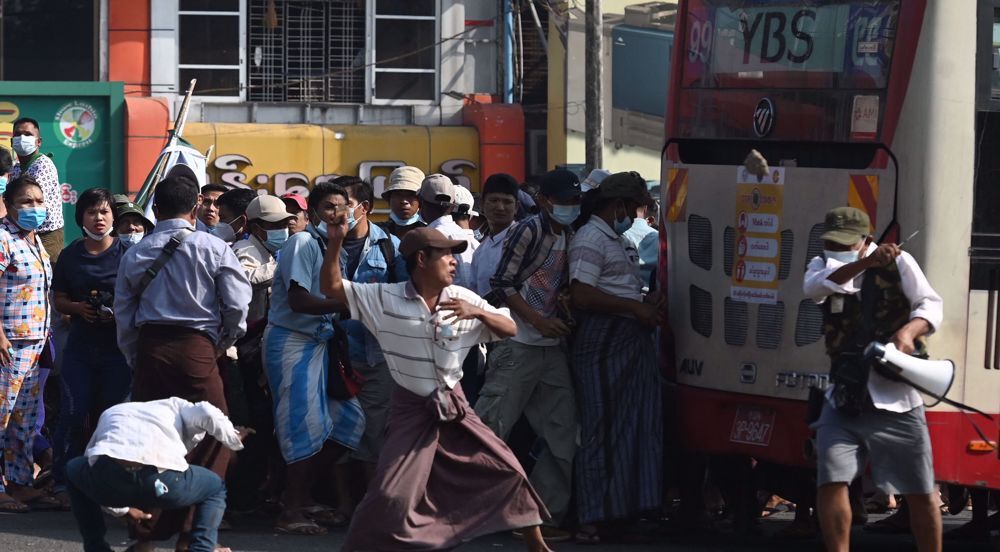 "The United Nations Security Council should urgently impose a global arms embargo on Myanmar in response to the military coup and to deter the junta from committing further abuses," the organizations said in an open letter signed on Wednesday.

The signatories, which also included dozens of Asian NGOs, expressed grave concern about an intensified crackdown on anti-coup protesters in Myanmar in recent weeks, urging the governments that permit arms transfers to the Southeast Asian country to "immediately stop the supply of any weapons, munitions, and related equipment."

"The Security Council should also impose targeted sanctions, global travel bans, and asset freezes on the leadership of the junta and military-owned conglomerates," the letter said.

In the Wednesday letter, Human Rights Watch (HRW) Executive Director Kenneth Roth also wrote, "Given the mass atrocities against the Rohingya, decades of war crimes, and the overthrow of the elected government, the least the UN Security Council can do is impose a global arms embargo on Myanmar."

The Myanmarese military, which has imposed a state of emergency for one year, ousted the government on February 1 and arrested de facto leader Aung San Suu Kyi and her top political allies over accusations of voter fraud in favor of her National League for Democracy (NLD) Party in the November 2020 elections.

Protests have engulfed the country since, despite a junta promise to hold fresh elections in a year and hand over power to the winner. At least four demonstrators have been killed so far. This week, the nation has seen huge rallies and a general strike.

Meanwhile, students and doctors in Myanmar have planned to hold fresh protests against the coup.

Students have pledged to rally in the largest city of Yangon on Thursday, and demonstrators are urged to bring textbooks promoting military education so they can destroy them at the protest.

Doctors are also due to hold a protest on the same day as part of a so-called "white coat revolution," while many professionals and government workers have joined the civil disobedience movement against the coup.

Protesters have over the past weeks been demanding the restoration of the elected government and the release of Suu Kyi and other political leaders.

The junta has come under pressure by the international community to hand over power to civilians and release the officials, but it has defied the calls, deploying armored vehicles and soldiers in some major cities to crack down on protests.