Friday, 26 February 2021_The Line of Control has been the scene of bloody clashes between India and Pakistan for years, but the two neighbors have now agreed to observe a ceasefire along the de facto border in the disputed Kashmir region. 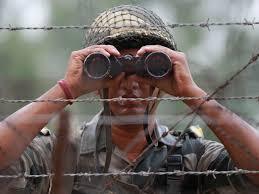 The development comes after telephone conversations between the senior military commanders of the two countries.

In a joint statement, the two countries said they would observe a ceasefire along the Line of Control and all other border areas as well as adhere to the understandings and agreements.

The general population have immediately welcomed the apparent de-escalation in tensions.

Tensions have been running high between the two countries for many years. But the relationship worsened particularly after the February 2019 attack in  Indian-controlled Kashmir which brought the two countries to the brink of war.

At the heart of the tension between the two countries is the unresolved dispute over Jammu and Kashmir. Both countries claim the region in full, but rule only parts of it.

The agreement between India and Pakistan to observe ceasefire is a relief and welcome development for the people living close to the border. The big question, however, remains if the latest move will lead to further de-escalation in tensions and importantly the resumption of talks on the longstanding issue of Kashmir.