Biden pressed to clarify policy on Saudi aggression against Yemen 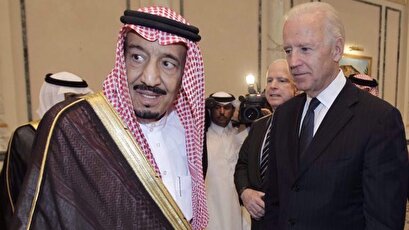 Forty-one lawmakers made the demand from Biden in a letter released on Thursday.

Earlier this month, Biden said he would end the US’s support for the war. He, however, left much room for question after he added that Washington would still "continue to support and help Saudi Arabia defend its sovereignty and its territorial integrity."

Under the same pretext of helping out Saudi Arabia -- Washington’s most treasured regional ally after the Israeli regime -- Biden's predecessor Donald Trump used to pour out advanced and precision arms and munition into the kingdom that Riyadh would, in turn, rain down on Yemen without any qualms.

The support included a $110-million arms deal with Riyadh, to which Trump travelled in his maiden foreign trip at the height of the war. Washington would also lend ample logistical support, including bombing coordinates, and political patronage for the kingdom and its allies’ bloodshed against the impoverished country.

Tens of thousands of Yemenis have died and entire Yemen turned into the scene of the world’s worst humanitarian crisis in the course of the war. The kingdom and its allies launched the military campaign in 2015 to return power to Yemen’s former pro-Riyadh officials.