Friday, 26 February 2021 _Heavily-armed gunmen have abducted hundreds of schoolchildren in northwestern Nigeria, the second such kidnapping over a span of a week amid a surge in armed militancy in the African country. 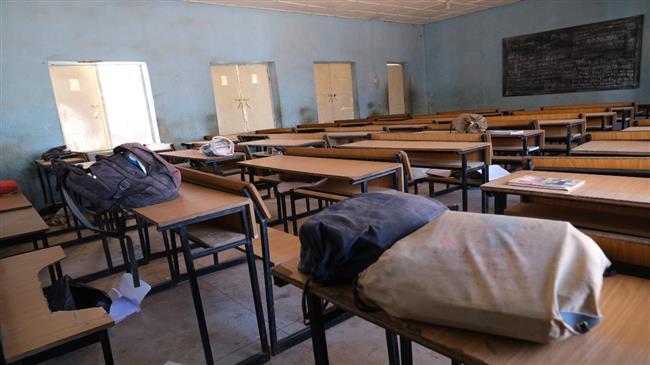 The incident took place in Nigeria's Zamfara state in the early hours of Friday, with witnesses saying the armed bandits had raided a school dormitory in the area and abducted over 300 schoolchildren.

"More than 300 girls are unaccounted for after a headcount of remaining students," a teacher at the Government Girls Secondary School Jangebe, who asked to remain anonymous, told AFP.

The teacher said the abduction happened at 1:00 am (midnight GMT) but did not provide further details on the number of students present in the school at the time.

Zailani Bappa, a spokesman for Zamfara's state governor, confirmed the report and said there had been abductions at the Jangebe school, without further elaboration on the incident.

Nigeria is beset by a dramatic breakdown of security after heavily-armed criminal gangs in the country’s northwest and central regions have stepped up attacks in recent years, kidnapping for ransom, raping and pillaging.

Nigerian armed forces have deployed in the restive regions but attacks and mass kidnappings persist.

In an overnight attack on a boarding school in the north central state of Niger last week, unidentified gunmen killed a student and kidnapped 42 people, including 27 students. The hostages are yet to be released.

In December last year, more than 300 boys were kidnapped from a school in Kankara, President Muhammadu Buhari's home state of Katsina, while he was visiting the region.