Russian FM Spox: US has lost the right to lecture other countries on civil freedoms

Friday, 26 February 2021 (YJC) _The Russian Foreign Ministry spokeswoman said US has lost the right to lecture other countries on civil freedoms. 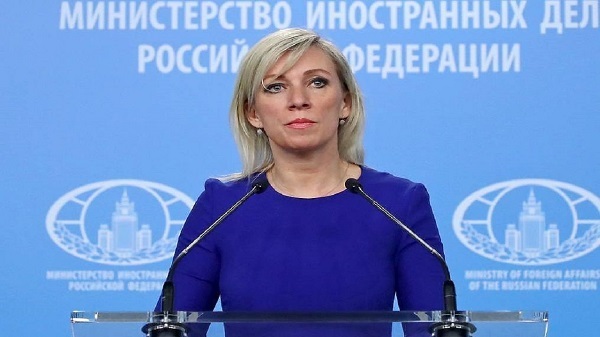 By violating the rights of its own citizens the United States has lost the moral right to lecture other countries on the observance of civil freedoms, Russian Foreign Ministry Spokeswoman Maria Zakharova told a news briefing on Friday.

"All this is happening in a country that is in the habit of positioning itself as a global beacon of democracy and calling on everybody else to take a humane approach to what they describe as peaceful protests," she said. "It is not a beacon of democracy, it is an anchor of democracy. The new US administration should first and foremost turn an attentive ear to its own citizens and not conduct a witch-hunt at home and then hypocritically speculate about human rights in other countries. In the current situation Washington’s lack of moral reasons for the endless lecturing of others on human rights and freedoms is particularly obvious."

She stressed that the Untied States unleashed persecution of politicians over alleged Russian intervention in the US elections and also attached the "domestic terrorists" label to participants in the so-called assault on Capitol on January 6.