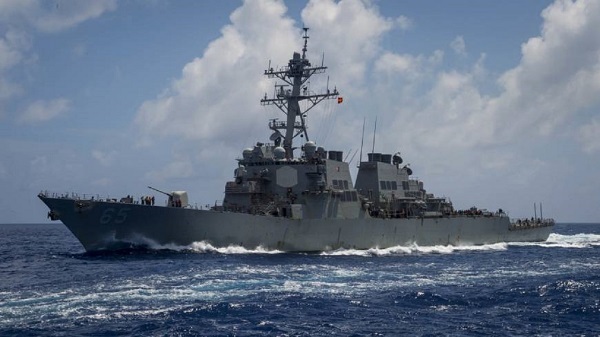 The Chinese military accused the United States of undermining regional peace and stability after the U.S. Navy sailed a destroyer through the Taiwan Strait on Wednesday.

Zhang Chunhui, a spokesperson for the Eastern Theater Command of the People’s Liberation Army (PLA), said the Chinese military was tracking the USS Curtis Wilbur as it moved through the region.

"The move artificially creates risk factors in the Taiwan Strait, deliberately undermines regional peace and stability, we are firmly opposed to this," Chunhui said.

However, the U.S. Navy contested those claims, instead insisting that the destroyer conducted "routine" transit through the strait "in accordance with international law."

"The United States military will continue to fly, sail, and operate anywhere international law allows," the 7th Fleet responded in a statement.