Saturday, 27 February 2021_A declassified US intelligence report has revealed that Saudi Arabia's Crown Prince Mohammed bin Salman – known by his initials as MBS – has ordered and directed the gruesome killing of Saudi opposition journalist Jamal Khashoggi. 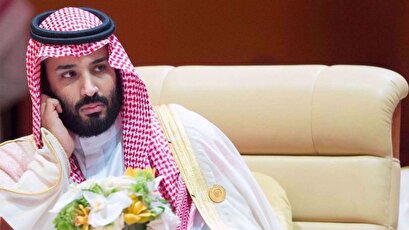 Khashoggi, a former advocate of the Saudi royal court who later became a critic of bin Salman, was killed after being lured into the Saudi consulate in Istanbul, Turkey, on October 2, 2018, and his body was dismembered by a Saudi hit squad.

The Saudi government initially claimed Khashoggi left the consulate on that day, but Riyadh later said that, allegedly after a thorough investigation into the case, it had reached the conclusion that he had been killed by a “rogue” group and not by direct order from the crown prince, who is seen as the de facto ruler of the Arab kingdom.

Despite official denials by Riyadh, some Western governments, as well as the CIA, said they believed MBS ordered the assassination, which caused an international uproar against Saudi Arabia.

On Friday, the US Office of the Director of National Intelligence said in the report, dated February 11, that MBS approved the operation to eliminate Khashoggi.

“We assess that Saudi Arabia’s Crown Prince Muhammad bin Salman approved an operation in Istanbul, Turkey to capture or kill Saudi journalist Jamal Khashoggi,” said the newly declassified US intelligence report, which was submitted to the US Congress.

“Since 2017, the crown prince has had absolute control of the kingdom's security and intelligence organizations, making it highly unlikely that Saudi officials would have carried out an operation of this nature without the crown prince's authorization,” further stressed the four-page document.