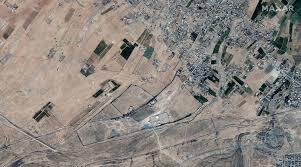 Early on Friday, two American F-15E Strike Eagles dropped seven, precision-guided munitions on facilities used by the anti-terror groups in the city of Abu-Kamal near the Iraqi border.

Pentagon Press Secretary John F. Kirby said the air raid “was authorized in response to recent attacks against American and coalition personnel in Iraq and to ongoing threats to those personnel. We recognize the significance of this operation as the first of its kind under the new administration" of US President Joe Biden.

He also claimed that Iraqi investigative and intelligence work “helped lead to these successful strikes."

Qais Khazali, leader of Iraq’s Asa’ib Ahl al-Haq movement, a subdivision of anti-terror Popular Mobilization Units (PMU) or Hashd al-Sha’abi, said the deliberate continuation of the US attacks is in line with the Zionist regime’s interests and to the detriment of the Iraqis.

"We condemn the targeting of the headquarters of Hashd al-Sha’abi, which is performing its task of protecting Iraq's borders with Syria. This vile act shows the hostile policies of the new US government,” Khazali underlined.

"We emphasize that the withdrawal of US troops from Iraq is the only way to achieve stability in the country. The people’s will, political decisions and the strength of the Iraqi resistance are sufficient to realize that goal.”

Only 8% of EU citizens fully vaccinated against COVID-19

Moscow Pledges to Respond to Expulsion of Diplomats from Baltic Countries

1 person is dead and multiple people shot in San Diego

Moscow Pledges to Respond to Expulsion of Diplomats from Baltic Countries

1 person is dead and multiple people shot in San Diego

Only 8% of EU citizens fully vaccinated against COVID-19