Al-Nujaba: Harsh Response to the perpetrators of the Iraqi border attack

Al-Nujaba: Harsh Response to the perpetrators of the Iraqi border attack

Saturday, 27 February 2021 (YJC)_ Al-Nujaba announced in an official statement that a harsh and proportionate response is awaiting the perpetrators and facilitators of the attack on the Iraqi border guards. 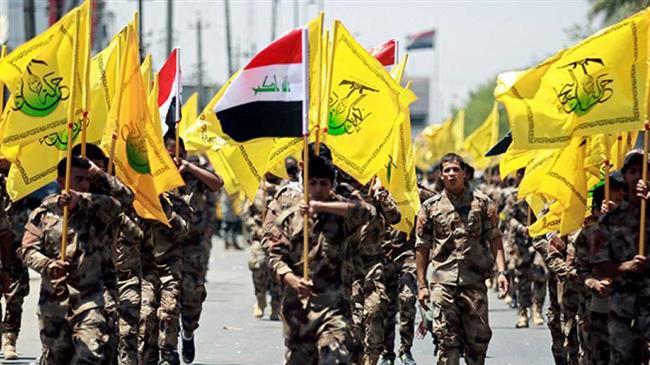 The al-Nujaba Movement strongly condemned the American attack on the border posts of the Popular Mobilization Forces on the Iraqi-Syrian border and warned the perpetrators and facilitators of this crime that the Islamic Resistance would respond harshly and proportionately.

According to the Communication and Media Affairs Centre of al-‎Nujaba in Iran‎, the al-Nujaba Islamic Resistance Movement issued an official statement condemning the airstrikes carried out by the United States on Iraqi border guards and stressed that the Iraqi Islamic Resistance will not leave this crime unanswered.

The statement from al-Nujaba said: “At a time when this dear country is facing dangerous twists and turns in all areas, the American occupying forces are expanding their actions in violation of the sovereignty of Iraq and in addition to the attacks against the territory of this country, they are increasing the number of their forces and installing defensive systems within the cities and interfering in security and political issues.”

The al-Nujaba Islamic Resistance Movement condemned the latest crime of the American occupiers who targeted a number of warriors belonging to the Popular Mobilization Forces ‎and noted: “The mission of these warriors is to protect the borders of Iraq from the American-trained terrorists who are financially supported by Wahhabis.”

At the end of his statement, while emphasizing that the crimes of the enemy increase the determination of the warriors to fight terrorism and expel the occupiers, al-Nujaba stated: “The Islamic Resistance will give a harsh and proportionate response to this crime and the perpetrators will pay a heavy price. Also, at the time of payback, the accomplices and facilitators of this crime will not be ignored.”

Share to
Related News
The Iraqi government is not serious in prosecuting the killers of Haj Qasem and Abu Mahdi | US embassy in collusion with mercenary politicians
Al-Nujaba: The path of the martyrs Soleymani and al-Muhandis continues
We hope to pray in the Sacred House of God soon | Congratulations to Yemen’s ‎Ansarullah!‎
al-Asadi: Arab regimes are overtaking Israel in destruction
Tags
nujaba movement ، Iraq ، iran ، Attack ، US
Your Comment