Sunday, 28 February 2021_Former US President Donald Trump appears to be promoting the image of GOP as the party of the working class in his upcoming speech at CPAC. 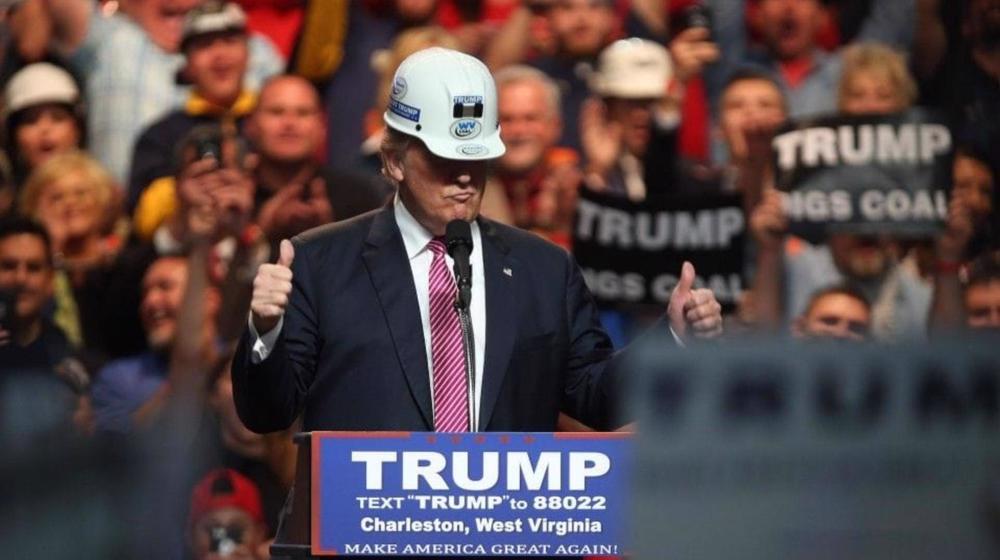 The idea has been publicized in the two first days of the conference by different attendees, including his son, Donald Jr, as well as Senator Ted Cruz.

Golden Trump statue turning heads at CPAC was made in … Mexico https://t.co/7DmLuRo4Nk via @Yahoo

“The Republican party is not the party just of the country clubs; the Republican party is the party of steel workers and construction workers, and pipeline workers and taxi cab drivers, and cops and firefighters, and waiters and waitresses, and the men and women with calluses on their hands who are working for this country,” Cruz told the rightwing gathering of the Conservative Political Action Conference. “That is our party, and these deplorables are here to stay.”

“Where I come from in Missouri, I grew up in rural Missouri, [a] small town right in the middle of Missouri, it’s a working-class town full of good folks, working hard to make it every day,” said Hawley. “And I can just tell you, where I grew up, we believe in citizenship because we’re proud of it. We’re proud to be Americans.”

Trump’s overarching theme: “I may not have Twitter or the Oval Office, but I’m still in charge” https://t.co/Q4y33Sy8pI

There were suggestions that Trump was himself planning to bring up the issue during his Sunday address at the nation’s biggest annual gathering of grassroots conservatives.

I was skeptical that the CPAC stage was purposefully designed to look like an old SS symbol until I read this story from 2016, about how the American Nazi Party was trying to go more mainstream and jettisoning the swastika in favor of that SS symbol. https://t.co/TkB0pw7rqi pic.twitter.com/2b1LkcpJXz

According to White House senior adviser Stephen Miller, the former president will draw the contrast between Republican politics, which "prioritize working families and working people" to that of President Joe Biden, which "prioritizes large multinational corporations and foreign countries; a choice between America first and America last."

Trump officially lost the 2020 presidential election to Biden but refused to accept defeat but he has vowed to come back “in some form.”