Monday, 01 March 2021_The Syrian military says the country’s air defenses have intercepted Israeli missiles coming from the direction of the occupied Golan Heights. 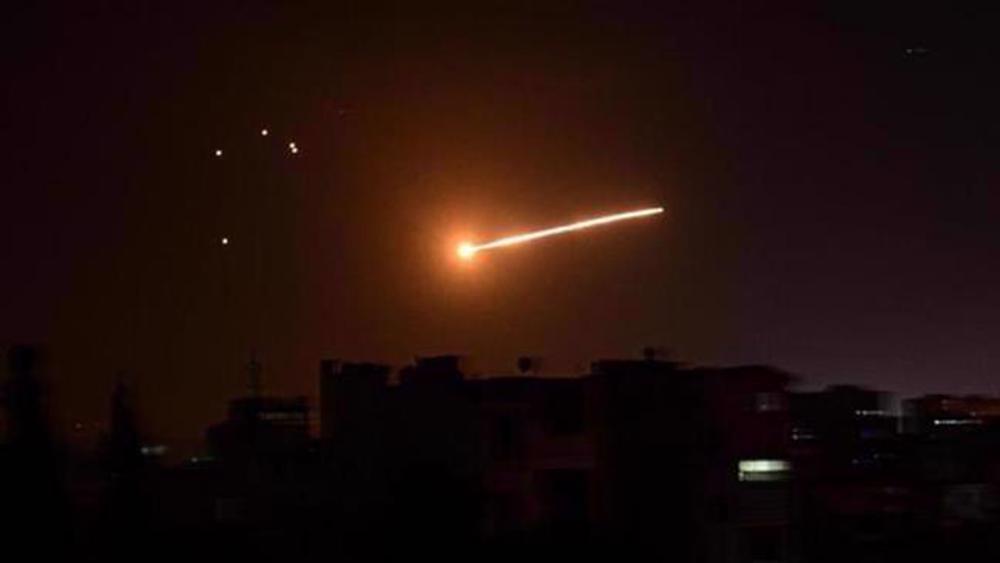 Syria’s official news agency SANA quoted a military source as saying that the Israeli missiles were fired hours before midnight on Sunday at targets in the vicinity of the Syrian capital Damascus.

The source said almost all of the missiles were successfully intercepted by the Syrian air defenses.

Israeli media claim the airstrike was a response to a recent attack on an Israeli-owned vessel in the Gulf of Oman, which Tel Aviv blames on Iran.

Israel frequently targets military positions inside Syria, especially those affiliated with the resistance movement, which has played a key role in helping the Syrian army in its fight against foreign-backed terrorists since 2011.

The Tel Aviv regime mostly keeps quiet about the attacks on Syrian territories which many view as knee-jerk reaction to the Syrian government’s increasing success in confronting terrorism in country.

Early last month, Israeli air-to-surface and surface-to-surface missiles were intercepted by the Syrian air defense systems over the country's southwestern province of Quneitra.

In early January, a similar attack was carried out by Israel on the southwestern town of al-Zabadani in the Rif Dimashq governorate, which claimed the life of a Syrian soldier and injured three others.

In mid-January, the city of Dayr al-Zawr and the town of al-Bukamal were targeted by Israeli airstrikes, which were carried out with intelligence provided by the US, according to a US official.

The Syrian government wrote to the UN in January to protest another attack that killed four members of a family near the western city of Hama.

The letter by the Syrian Foreign Ministry said Damascus reserves the right to defend the country’s sovereignty and civilians against such acts of aggression.