China says US, Australia must not interfere in Hong Kong affairs

China has called on the United States and Australia to stop interfering in Hong Kong and China’s other internal affairs in any way as tensions continue to escalate between Beijing and the West over a range of issues. 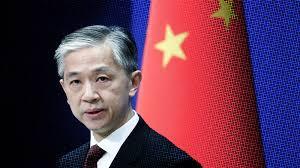 Chinese Foreign Ministry Spokesman Wang Wenbin made the remarks at a daily press briefing against the backdrop of a call by US Secretary of State Antony Blinken for the immediate release of a number of people in Hong Kong.

“We urge the US to respect the facts and the rule of law, stop interfering in Hong Kong and China's other internal affairs in any way. Will the US allow other countries to make irresponsible remarks about its normal domestic law enforcement?” the Chinese official said on Monday.

China is a country with the rule of law and Hong Kong is a place of law and order where nobody is above the law, Wang said.

“It is a legitimate law enforcement action for the Hong Kong police to arrest and prosecute people on suspicion of committing the offense of subversion under the law on security law in Hong Kong.”

In recent weeks, the Hong Kong police have arrested dozens of people on suspicion of ‘subverting state power’ under the national security law.

The police said in a statement on Sunday that 47 residents faced one count each of ‘conspiracy to commit subversion.’