Gov’t Spox: Proper reaction in case of any anti-Iran resolution

Tuesday, 02 March 2021 (YJC)_ Iranian Government Spokesman warned that if the drafted anti-Iranian resolution is approved, Iran will react to it accordingly. 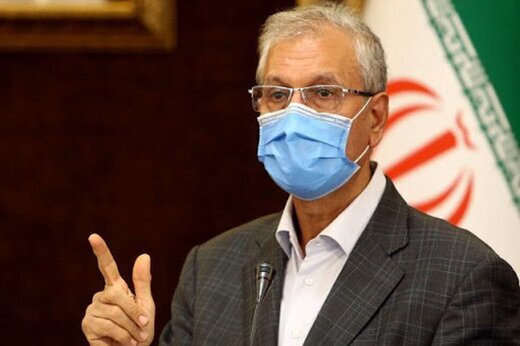 In a press conference on Tuesday, Iranian Government Spokesman, Ali Rabiei warned that if the drafted anti-Iranian resolution is approved, Iran will react to it accordingly.

“The suspension of the implementation of the Additional Protocol was a balancing act based on Article 36 of the JCPOA, which gives one party the right to partially or completely suspend its obligations if the other parties do not comply with their commitments,” he said while adding that “Iran acted right under this framework.”

He went up to add that “as it is previously announced, if the prepared anti-Iranian resolution is approved, Iran will react to it accordingly.”

“Our reaction can be reviewing our cooperation with the IAEA,” he noted.

“Iran will continue to adhere to the JCPOA, and if the other parties resume fulfilling their obligations, we will resume all ours immediately and without delay, including the full implementation of the Additional Protocol,” Rabiei added.

Elsewhere in his remarks he said “American administrations have so far refused to take the slightest step to build trust,” and added “considering Iran's foreign policy, the administration has made and pursued logical decisions.

Addressing the US withdrawal from the JCPOA, he noted: “Trump's decision made US more isolated.”

“Iran has always remained committed to its JCPOA obligations,” the spox said while noting that “The US policy of maximum pressure against Iran has failed, leaving the United States with no choice but to return to the JCPOA.”

“Like many other nations, we believe that there is no other way but diplomacy to resolve the current dispute, but diplomacy cannot begin without goodwill and honesty,” Rabiei said.

He further referred to the last week agreement with IAEA and said “we implemented the law in a way that the international community would be assured that the nuclear programs are right on track, peacefully and legally.”

“Now we expect a reciprocal step from the members participating in the JCPOA to prove their good faith,” the spox added.

“We have been committed to our diplomacy and it will remain so” he said while adding that “we are sure that in the near future, the law will prevail over extravagance and coercion.”