Trump: No Republican would beat me in 2024

Tuesday, 02 March 2021 (YJC)_ Former US President said in an interview that it is unlikely any Republican would be able to beat him if he ran for president again in 2024. 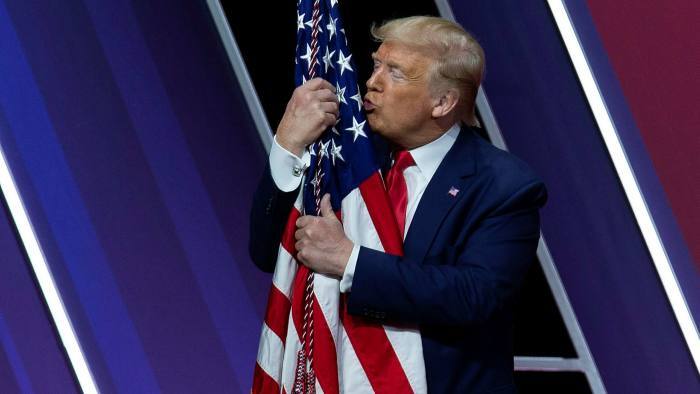 Former President Trump said in an interview released Monday that he believes it is unlikely any Republican would be able to beat him if he ran for president again in 2024.

"I can't imagine it if I decide to do that — I haven't decided to do that," Trump told Newsmax's Mark Halperin on Sunday.

"I've done a good job for this party," he said. "We had the greatest economy in history and then we rebuilt it a second time and the foundations were so strong that no other country can even compete with us."

"I think based on the job performance, I'm not sure that anybody should be able to win other than us," the former president added.

Trump on Sunday delivered his first speech since leaving office at the Conservative Political Action Conference (CPAC), taking the opportunity to criticize President Biden and critics within the GOP.

His remarks come as the Republican Party finds itself divided with many wanting to continue in a pro-Trump direction and others wanting to break away from the grip of the former president.

Prior to his speech, Trump won the CPAC straw poll, with 55 percent of respondents saying they would vote for him in a hypothetical 2024 GOP primary. Florida Gov. Ron DeSantis (R) trailed at 21 percent support, followed by South Dakota Gov. Kristi Noem (R) at 4 percent.

In a poll that excluded Trump, DeSantis led, carrying a wide lead of 43 percent support, followed by Noem at 11 percent. Donald Trump Jr. had 8 percent support, while former Secretary of State Mike Pompeo and Sen. Ted Cruz (R-Texas) both came in at 7 percent.