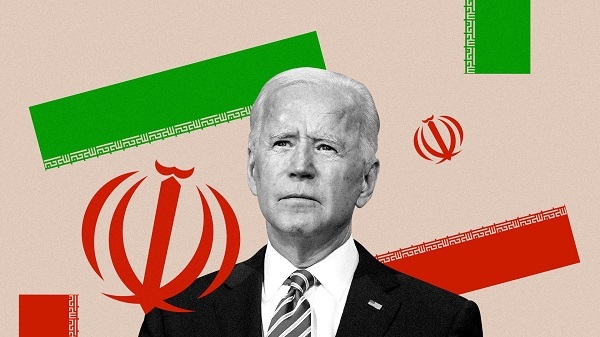 Progressive organizations are pressing the Biden administration to swiftly rejoin the Obama-era Iran nuclear deal, warning that coming back into the pact will be more difficult as time goes on.

In a letter to the White House on Wednesday, the 32 progressive groups lambasted the Trump administration, which pulled out of the Joint Comprehensive Plan of Action (JCPOA) in favor of “maximum pressure” strategy that imposed harsh sanctions on Iran. The groups said that approach must be quickly reversed to come to a new arrangement with Iran.

“The longer the elements of 'maximum pressure' remain in effect, the more it will continue to embolden hardliners and make U.S.-Iran diplomacy more difficult. The recent escalation in military activity between the United States and reported Iranian proxies in Syria and Iraq only shows how urgently needed a new course of action is,” they wrote, referencing recent U.S. strikes on an Iran-backed militia in Syria that had attacked U.S. troops.

Biden campaigned on joining the nuclear deal, which was reached with Iran and several European allies. His administration recently said it was open to restarting discussions with European countries and Iran to begin the process of rejoining the agreement, though Iran recently rejected a preliminary offer to revive talks.

Share to
Related News
There is no positive alternative to JCPOA: EU envoy to UN
Iran rejects renegotiation of JCPOA as ‘absolutely not acceptable’
JCPOA Not Renegotiable, Iranian Spokesman Reiterates
INSTEX failed to prove its efficiency in past 2 years: Iran
Tags
Iran ، US ، JCPOA ، nuclear deal
Your Comment