Tehran, YJC. Official says the Iran’ is the world’ 3rd largest gem producer of gems and the discoverer of turquoise. 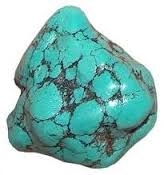 Iran’s turquoise trade was traditionally done in Turkey and since then it acquired the international name "turquoise”.

Behrooz Borna who was speaking with ISNA said that Iran is in a satisfactory state regarding gem and its production.

He maintained that Iran holds six reservoirs for precious and semi-precious stones, adding "Iran’s most prominent precious stone mine is the turquoise mine of Nishapur.”

Turquoise was discovered by Iranians and Egyptians. But despite the fact that Iran is one of the most important discoverers of turquoise, the Iranian stone is still being referred to under its Turkish name.