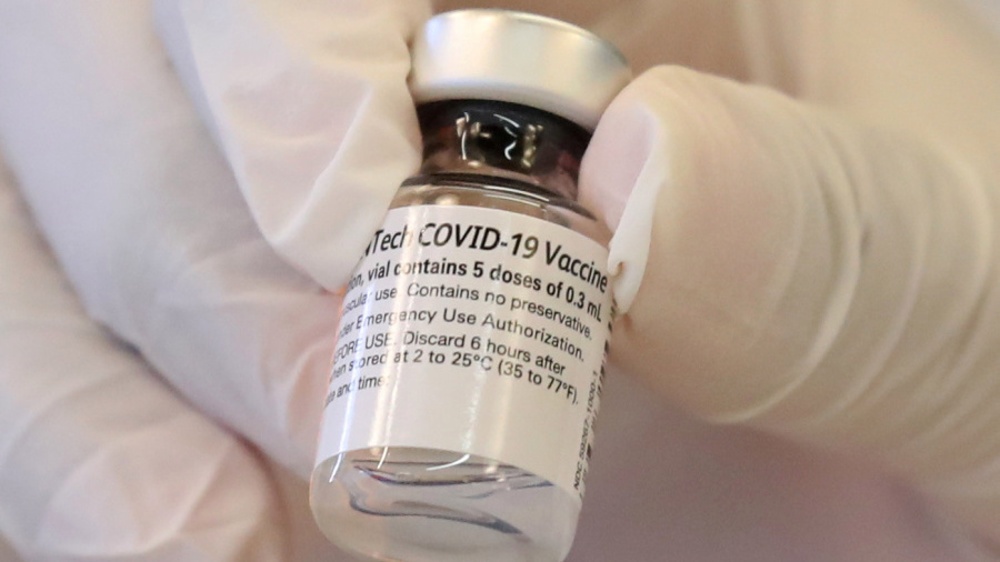 The complaint stems from a directive Macias issued in January requiring that county-employed first responders, sheriff's deputies, firefighters and detention center officers receive one of the two vaccines against the novel SARS-CoV-2 coronavirus, which causes the disease.

Detention officer Isaac Legareta claims in a federal complaint that mandating employees take vaccines that are not yet fully approved by the federal Food and Drug Administration violates the Food, Drug and Cosmetic Act.

The vaccines developed by Pfizer/BioNTech and Moderna were both approved for emergency use in December, while a third vaccine under development by Johnson & Johnson was authorized on Saturday. All three are undergoing the clinical trial process.

The federal Centers for Disease Control and Prevention's advisory committee on immunization practices stated last summer in public session that vaccines under emergency use authorizations may not be mandated.

In his memo, Macias wrote that unless employees were granted an accommodation, "being vaccinated is a requirement and a condition of on-going employment with the County due to the significant health and safety risks posed by contracting or spreading COVID-19."

Legareta states in the complaint that he has been written up at work and threatened with losing his job if he does not take the vaccine, in violation of the law. A personnel memo dated Feb. 17 attached to the complaint orders Legareta to submit proof that he has received a shot or registered on the state's COVID-19 vaccine registry within five days.

The lawsuit seeks an injunction against termination by the county, or reinstatement if he is fired before a ruling. He is barred from seeking monetary damages for any retaliatory discharge under state law.

Legareta is seeking a temporary restraining order and preliminary injunction from further enforcement action as well as further disciplinary action or termination as a consequence for not complying.

His attorney, Nancy Ana Garner of Santa Fe, had previously sent the county a cease and desist letter as well as a notice of impending litigation. Garner wrote on behalf of New Mexico Stands Up, a group that opposes COVID-19 public health emergency directives.

When reached on Monday afternoon, the county confirmed it had received the complaint and request for a temporary restraining order, but formal process had not yet been served.

As of last week, most of Doña Ana County's first responders had received at least one dose of COVID-19 vaccine or a waiver, including 195 out of 203 detention center staff.

Labor unions representing county firefighters and Doña Ana County Sheriff's deputies have both questioned the directive and asked the county to come to the bargaining table over the issue.

On Monday a spokesperson for Communication Workers of America, the deputies' union, said all of its members had already either received the shot or obtained a waiver, rendering the issue moot.