Thursday, 04 March 2021_A number of progressive organizations have urged the Biden administration to swiftly join a 2015 Iran nuclear agreement that was abandoned by the Trump administration in favor of the “maximum pressure” policy against Tehran, calling the policy a “dangerous failure”. 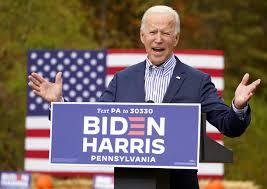 Trump’s so-called maximum pressure policy “led to increased suffering for the Iranian public,” 32 progressive groups said in a letter to the White House on the Joint Comprehensive Plan of Action (JCPOA), commonly known as the nuclear deal.

They said the policy isolated the United States from its closest allies in Europe.

They also said they were concerned by “recent statements that could be construed to indicate that Iran must take the first steps to meet its JCPOA obligations before the United States takes its own steps.”

Biden and other members of his administration criticized Trump’s withdrawal from the deal before the presidential election and vowed to rejoin the deal if elected.

In recent weeks, however, the Biden administration has insisted that Iran must fully honor its nuclear undertakings under the JCPOA before the US re-enters the deal.

Tehran reduced its nuclear obligations under the nuclear pact starting a year after Washington’s 2018 withdrawal, citing the remaining parties’ failure to protect its interests under the internationally-endorsed deal.

Iran argues that because the US withdrawal and its subsequent sanctions were the main reason behind its nuclear commitments suspensions, it is the US that should take the first step. However, Iran also proposed a synchronized action by the two sides to return to full compliance with the JCPOA, a proposal that was rejected by Washington.

“The fact of the matter is that the United States was the first to violate the deal,” the groups said.

“It is therefore reasonable to expect the United States to at the very least take concurrent steps with Iran to rejoin it,” they added.

Last week, the White House officially acknowledged that the maximum pressure policy has failed, without offering a clear path out.

In remarks on Wednesday, US State Department spokesman Ned Price also admitted that Iran remained compliant with the JCPOA before the deal was ditched by Trump, and took steps away from the agreement only after the ill-judged measure.

“The IAEA, while the Iran deal, while the JCPOA was in full effect, while Iran was abiding by it, they expressed confidence that Iran was living up to its limits,” Price said. “I suspect if you go and ask them (the IAEA), they will tell you that they were satisfied by Iran’s compliance with the deal. Iran was complying with the deal.”