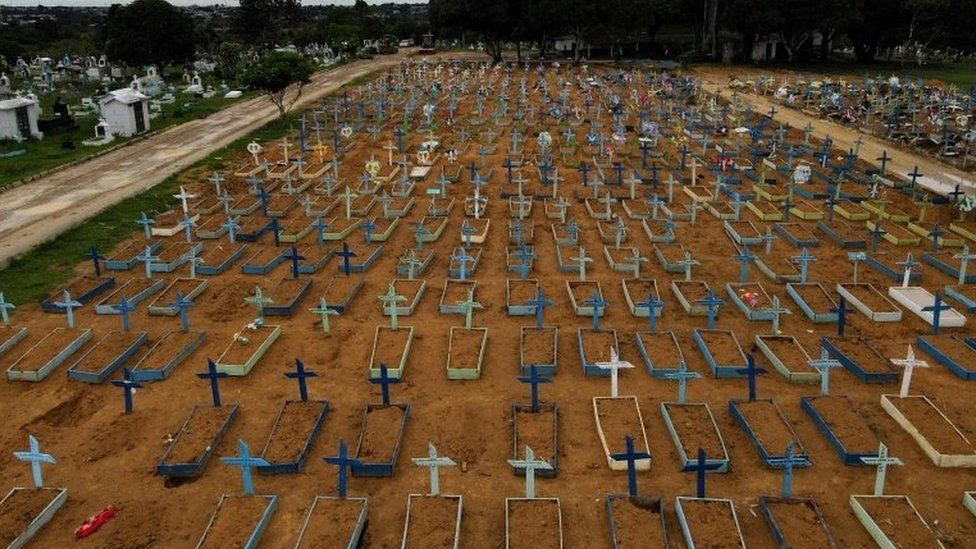 Brazil on Wednesday registered its highest daily number of Covid deaths since the pandemic started.

The health ministry said 1,910 people had died with Covid in the previous 24 hours, the second day in a row of record deaths.

The record was reached as scientists said that a new variant first found in Brazil appears more contagious.

Brazil has the second highest coronavirus death toll after the US, at more than a quarter of a million.

Across the country, there have been more than 10.5 million confirmed cases of coronavirus. Only the US and India have registered more.

The pandemic spread quickly after first arriving in Brazil and reached a first peak at the end of July, when daily new cases were above 70,000 and daily deaths above 1,500.

Cases and deaths across Brazil fell until early November before a second wave saw cases rise again, a rise which appears to have further accelerated since January.

In a week where scientists and health workers have been sounding alarm bells over the deteriorating situation, these numbers come as no surprise.

In some parts of Brazil, hospitals have run out of intensive care beds, and some patients are even being moved to different states to be able to receive treatment. The capital Brasilia is in lockdown and a curfew has been introduced in several states including São Paulo.