Friday, 05 March 2021 (YJC)_ Former US ambassador to the UN spoke out against the Joe Biden administration. 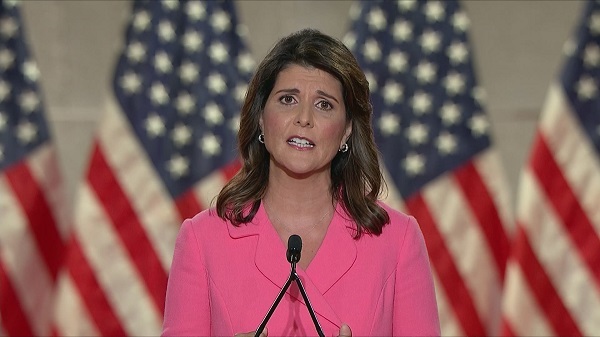 Former US ambassador to the UN Nikki Haley spoke out against the Joe Biden administration on Thursday in response to its decision to re-establish ties with the UN Human Rights Council. She also expressed concern for the renewal of US funding towards the United Nations Relief and Works Agency for Palestine Refugees in the Near East (UNRWA).

Writing for the Algemeiner, Haley wrote that: “Rejoining the Human Rights Council and renewing funding for UNRWA will make neither organization better. It will only give heart to our enemies and cau The UNHRC was formed to support the progression of human rights and provide aid to refugees. However, according to Haley, it does nothing of the sort, but give dictators an opportunity to hide their guilt beneath its membership and target a democratic Israel above all other actual perpetrators.

In Haley's words, the UN "routinely passes more resolutions against Israel than against North Korea, Iran, and Syria combined."

"Last year, communist China, communist Cuba, and Vladimir Putin’s Russia were all given seats, even though they oppress their people in horrific ways," she went on to say. se pain for our allies, all while wasting American money."