Saturday, 06 March 2021_Yemen’s military says it has launched yet another successful drone attack against King Khalid Air Base in the southwest of Saudi Arabia in retaliation for the Riyadh regime’s ongoing military aggression and blockade against the war-torn impoverished country. 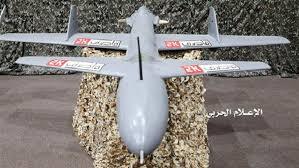 Spokesman for the Yemeni Armed Forces Brigadier General Yahya Saree said late Friday that army troops and allied fighters from Popular Committees carried out an attack on important targets at the air base with two domestically-developed Sammad-3 (Invincible-3) combat drones.

He added that the designated targets had been successfully hit during the overnight operation against King Khalid Air Base, which is located near Khamis Mushait, some 884 kilometers south of the Saudi capital Riyadh, Yemen's Arabic-language al-Masirah television network reported.

The Yemeni forces have so far launched several retaliatory missile strikes against the Saudi Aramco facility deep inside the Arab kingdom, inflicting damage on the oil company.