To Beat ISIS, the Arab World Must Promote Political and Religious Reforms

If the U.S. does nothing, the Arab world will continue its slide into sectarian bigotry, political repression, and madness. This will come back to haunt the United States. 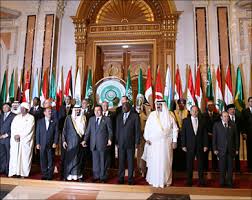 Last week’s counter-terrorism conference in Jeddah can be summed up in two words: lost opportunity. Why? None of the participants were representative of an independent, democratic or critical voice in the Middle East. Rather, the Muslim scholars who participated were voices of their inept governments, who condemn every dissident voice as a terrorist.

In the backdrop of the conference, President Barack Obama made his case for war against ISIS in Iraq to the American public last week as well. Obama also sent a direct message Muslims around the world that ISIS is not really Islamic and America is not at war with Islam. This message was meant to hit the heart of the Arab Muslim world, but it fell on deaf ears.

Nonetheless, Secretary of State John Kerry is lobbying Arab allies to play a central role to insure the success of the initiative, since ISIS poses a much greater threat to them than it does to the United States. While this is a more responsible strategy on the part of the United States, the truth is that Arab and Muslim states continue to pursue myopic and delusional policies that produce more extremism, rather than countering it.

The United States has learned the hard way that it can’t withdraw its involvement in the Middle East.  Even local Middle Eastern politics, such as the composition of Iraq’s government, cannot be treated lightly. If they are ignored they can become national security threats. Whenever Sunni minorities, in the case of Iraq, or Sunni majorities, in the case of Syria, are excluded and prosecuted by their governments, it creates the fertile environment in which Sunni jihadists thrive.

Jeddah’s counter-terrorism conference did not address this overarching ill of the Arab world. Look across the region: zero sum politics are the name of the game, and are only fueling the rise of extremism. For example, a win for Shi’ites is considered a defeat for Sunnis, and vice versa.  In Iraq, the exclusionary and sectarian policies of Nouri al-Maliki resulted in ISIS becoming an appealing alternative for the majority Sunni population. The transnational jihad narrative became a bond for Sunnis, only after they were treated as outcasts by their government.

The Egyptian government is contributing to this rise in extremism also. Cairo’s policy of crushing the Muslim Brotherhood shows that President Abdul Fatah al-Sisi has not sufficiently appreciated history. His single-minded, iron-fist policy, which brands any opposition a terrorist, serves only to create stronger degrees of radicalization within the movement. Today 20,000 Brotherhood members are rotting away in Egyptian jails, awaiting a death sentences by hanging, often experiencing such horrific torture that they consider those gunned down in the Rabaa massacre to have been lucky. This situation is very similar to the circumstance that produced Al Qaeda’s top leader Ayman Zawhiri in the 1980s.

More than oil, Saudi Arabia’s chief export is Wahhabism, which it has promoted around the world through its embassies and mosques to eventually be cloned by jihadist groups, like ISIS. Wahhabism is the most conservative, oppressive and exclusionary form of Islam, which considers all non-Wahhabists enemies — especially Shi’ites. Osama bin Laden was steeped in Wahhabism, as are many Sunni Jidahists in Iraq and Syria today, such as Abu Bakr al-Baghdadi.

Glancing at historical facts, the evidence is undoubtedly clear. The fundamental cause of the production of extremism in the Arab world lies in a culture of oppressive political exclusion, coupled with religious bigotry. It is up to the United States to do more to encourage inclusive politics in Arab states, as it recently did in Iraq when it forced Maliki out of the prime minister’s office because of his exclusive and sectarian policies.

The United States must review its policies across the Middle East. Standing by Saudi Arabia and ignoring the oil giant’s double dealing is already proving harmful to American interests in the region. It must take a stand against Riyadh’s promotion of exclusionary Wahhabism.

Likewise, pressure must be placed on Egypt to abandon its witch hunt of the Muslim Brotherhood. In undertaking an effective counter terrorism strategy, the United States must partner with the Arab states to undertake political reforms that ultimately lead to underwriting a social contract in which every group of the population are represented and protected.

The strategy of General David Petraeus in Iraq, and the success of the surge, was based on a political deal, that included Iraqi militia groups (the so-called "Sons of Iraq”) to band together with the Americans to fight al Qaeda.  In return, Sunnis became part of the Iraqi central government and were paid almost $40 million.  This is a successful example that can be replicated across the region. If the United States and Iraqi government want to defeat ISIS, they must now ensure the inclusion and protection of Iraqi Sunnis, Kurds and Yazidis, along with the majority Shi’ites. Only then will the counter-terrorism effort truly destroy ISIS for good.

Eventually, a process of reconciliation must be initiated between Shi’ites and Sunnis. This centuries-old dispute is played out today in a proxy war between Iran and Saudi Arabia, which has produced a monster that threatens the national security of not only Middle Eastern nations, but also the United States. It must come to an end. The Obama Administration can no longer hide behind the excuse that this is a local issue — it is quite the opposite. Local policy issues in Muslim countries are transforming into US and European national security threats. The Obama Administration must pursue a policy of severe sanctions against any and all countries that finance jihadist — even if they are our own allies.

What will ultimately turn the tide in the Middle East are groups that actively advocate for a democratic culture and its values around the Arab world. A campaign to promote these ideas on every level must begin, as part of the counterterrorism initiative launched by Kerry. Grassroots activism that makes a strong demand for democratic values can work in parallel with counter-terrorism strategies to achieve more concrete results. Moderates can never become mainstream if the leaders the West continually chooses to back are military dictators or internationally politically connected despots —  generation after generation.