Trump can make GOP 'stronger', or he 'could destroy it': Sen. Graham

Monday, 08 March 2021 _Republican Sen. Lindsey Graham says that former president Donald Trump can make the GOP “bigger” and “stronger,” or he “could destroy it.” 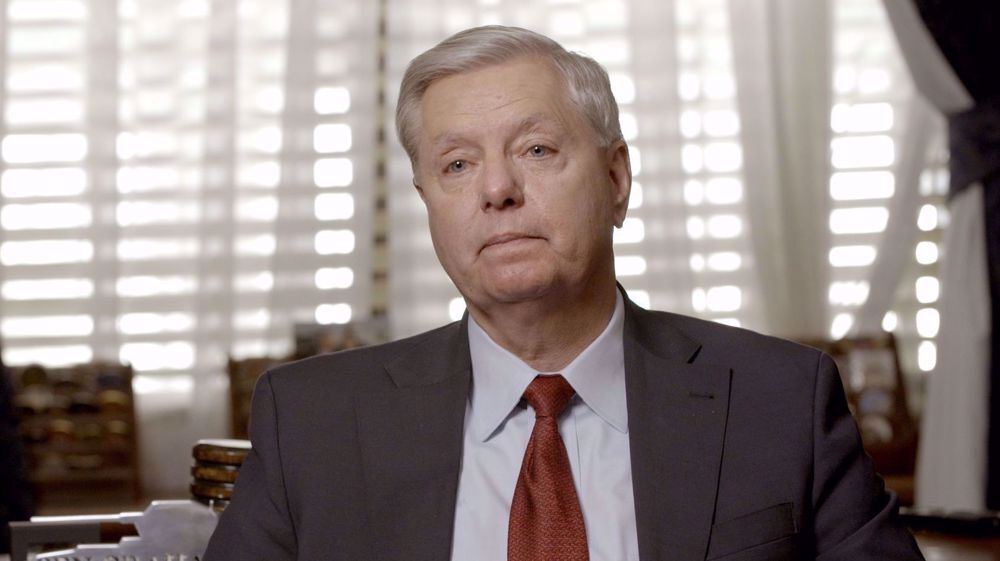 Speaking in an interview with “Axios on HBO” aired Sunday, the South Carolina senator, who became a close ally of the president during his four years in office, said Trump has both a "dark side" and a "magic" that other Republicans do not.

Although Graham opposed Trump’s impeachment following the Capitol riot on Jan. 6, he said Trump "needs to understand that his actions were the problem."

The US House impeached Trump over his role for the invasion on the Capitol that left five people dead, including a member of law enforcement.

He was blamed for inciting an insurrection when the lawmakers were busy certifying the victory of Democratic Joe Biden in the disputed 2020 presidential election.

During the interview, Graham, when was asked why he supports Trump, said he still believes his movement is good for the country.

"Mitt Romney didn't do it, John McCain didn't do it — there's something about Trump. There's a dark side and there's some magic there," Graham said. "What I'm trying to do is just harness the magic."

Trump, who has refused to publicly accept his November loss to Biden, has not ruled out running for the White House again in 2024.

The Republican leaders refused to back Trump’s allegations of a “stolen election” after he lost the November election.