Wednesday, 10 March 2021_A member of the politburo of Yemen’s Houthi Ansarullah movement says homegrown ballistic missiles that the armed forces use in their defense campaign against Saudi Arabia’s military aggression have turned into a nightmare for the kingdom. 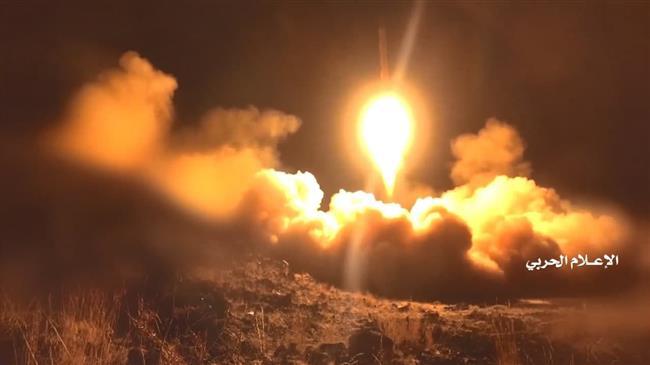 Speaking in an interview with Lebanon-based al-Mayadeen television news network on Tuesday, Ali al-Qahoum said the military capabilities of Yemeni armed forces and their allies are growing considerably.

“After six years of aggression against Yemen, the House of Saud has failed to achieve any of its objectives in the face of the Yemeni nation’s steadfastness and resilience,” Qahoum said.

He said Yemeni army troops and allied Popular Committees fighters have proven that “they have a wide array of options on the battle ground and can reach out to strategic facilities,” adding, “Yemeni ballistic missiles have become a nightmare for the enemies.”

Qahoum then addressed Saudi authorities, saying, “You will never be able to break down the resistance of Yemeni people, and they possess a great deal of options and surprises.”

“If Saudi Arabia presses ahead with its aggression and tyranny, our blood won’t be cheap and the kingdom must accept the justice of an eye for an eye and a tooth for a tooth,” the senior Ansarullah official said.

Separately, the recent death of a high-ranking Saudi military commander has been shrouded in mystery.

While some sources claim that Major General Ali Zafer al-Shahri, commander of King Abdullah Air Base in Saudi Arabia’s southern port city of Jeddah, died after falling down the side of a mountain, others say he succumbed to injuries sustained during a recent missile and drone strike by Yemeni forces on targets deep inside Saudi territory.

An unnamed close member of Shahri’s family later denied reports he had died while climbing, saying the Saudi commander died in a Jeddah hospital.

UAE setting up airbase on Yemeni island of Perim

Meanwhile, the United Arab Emirates (UAE) is reportedly establishing a military base on the strategic Perim volcanic island, also called Mayyun in Arabic, which lies off the southwestern coast of Yemen and in the Strait of Mandeb.

The Qatar-based Al Jazeera television news network reported that UAE’s constructions activities on the Perim island comes at the same time that the Persian Gulf state is dismantling its Assab military base in the Horn of Africa nation of Eritrea.