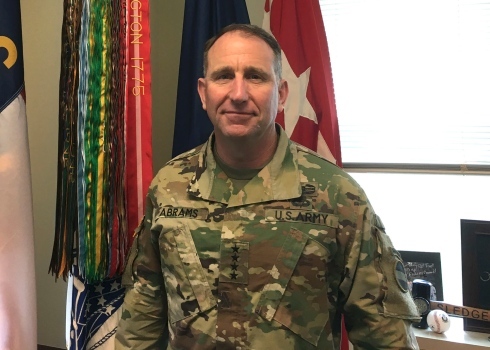 North Korea continues to pose a serious threat to the United States and its ally South Korea as Pyongyang pursues a nuclear arsenal and other weapons of mass destruction, the commander of U.S. Forces Korea (USFK) has said.

"There have been no intercontinental ballistic missile (ICBM) or nuclear tests since 2017, all to say that the chance of miscalculation or mistake continues to be low, and armistice conditions continue to remain steady," the USFK commander told the House Armed Services Committee in a statement submitted prior to a hearing on the U.S. defense posture in the Indo-Pacific region.

"However, the threat from North Korea persists," the Army general said.

“North Korea's continued pursuit of weapons of mass destruction and ballistic missile programs constitutes an extraordinary threat to the United States and our allies and partners in the region," he told the lawmakers.

North Korea has maintained a moratorium on nuclear and long-range missile testing since November 2017, but leader Kim Jong-un has said he no longer feels bound by the self-imposed restrictions.

Abrams said the North has continued to develop its nuclear and long-range missile capabilities despite the moratorium on testing.

"We have seen no indication to suggest the North Korean regime has taken any action toward denuclearization. North Korea also continues to exhibit the potential for new capabilities, most recently during the military parade in recognition of the 8th Party Congress in January 2021," he said.