Saturday, 13 March 2021 _Iran’s permanent ambassador to the UN office in Geneva has dismissed as “baseless” the accusations leveled by Israel against the Islamic Republic at the United Nations Human rights Council (UNHRC), urging the body to avoid politicization. 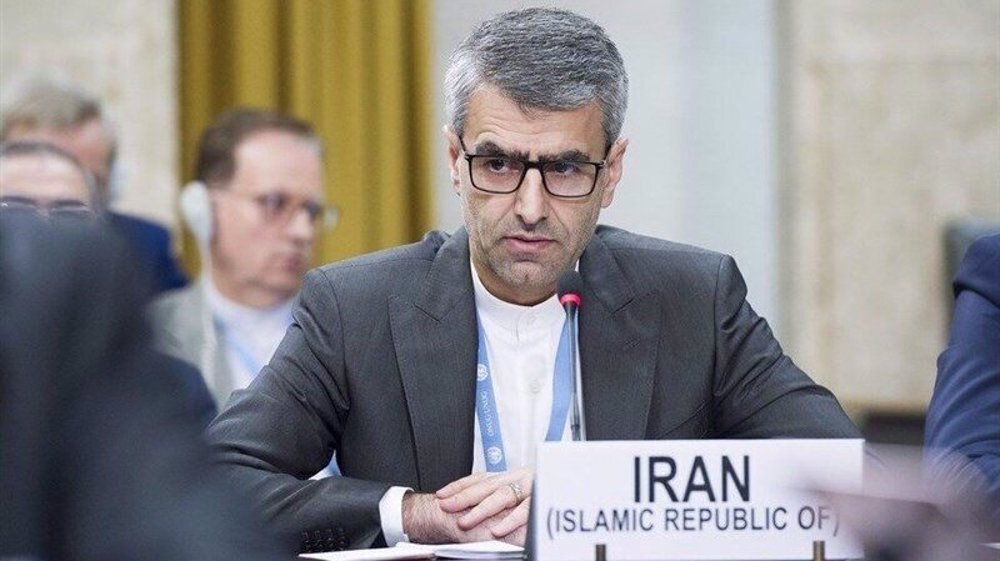 Addressing the 46th regular session of the Human Rights Council on Friday, Esmaeil Baghaei Hamaneh said the regime occupying Jerusalem al-Quds has no right to comment on the noble issue of Human rights in Iran.

The remarks came after the Israeli Mission in Geneva tweeted, “Today, during the Item 4 General Debate, where HRC46 discusses situations which require its attention, we repeated our call for @UN_HRC to focus on Iran.”

He said the rule of law besides a just government make up the basis for promoting human rights and protecting the foundations of freedom.

The Iranian envoy also expressed regret that some governments focus on weakening the rule of law in developing countries by targeting their judicial systems under the pretext of defending human rights.

No country or group of states should consider that they have the right to dictate their priorities and ideals to others, the Iranian envoy said, stressing that the world’s countries can freely choose their governments as well as judicial, legal and economic systems according to the principle of independent action.

He further called on the UN Human Rights Council to distance itself from politicization, double-standards and stereotypes.

Baghaei Hamaneh also criticized Canada, Australia, Britain, Denmark, the US, France, Switzerland, the Netherlands, Belgium, Austria and Sweden for accusing others of rights violations while pretending as if no one is aware of their own contradictory performance both inside and outside their countries.

These states, he added, are accused of widespread human rights violations across the world through exporting weapons to aggressor countries and adopting unilateral policies towards developing countries.