Video shows people being smuggled into US across Texas river

Sunday, 14 March 2021 _A video has been released showing people waiting for rafts with human smugglers to cross the border from Mexico across the Rio Grande into Texas, US. 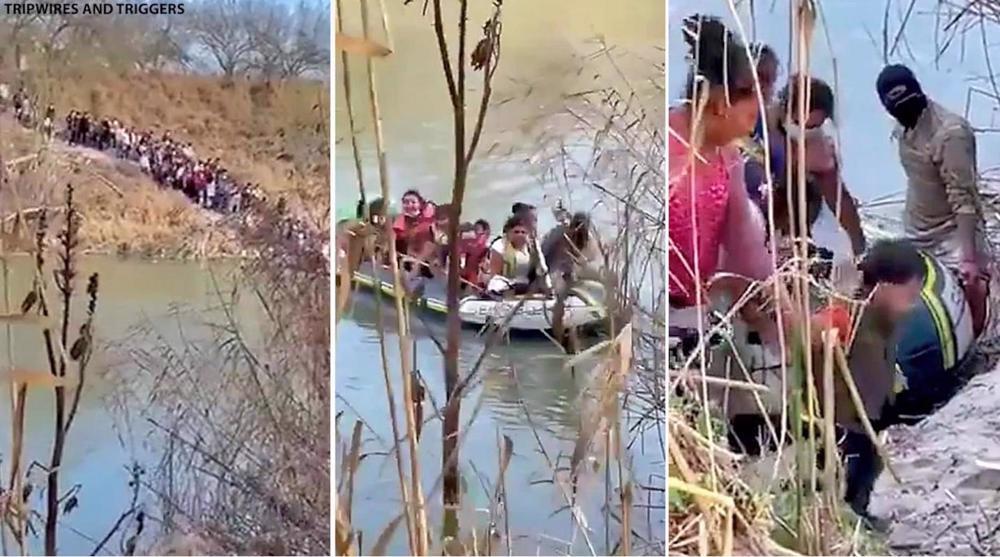 The video appeared on a TikTok account trying to raise awareness about the situation at the southern border.

Republicans have accused President Joe Biden of ignoring what they call a surge in crisis at the southern border, caused by influx of migrants, mostly escaping violence in Central and Southern America.

"What you are about to see are migrants who have just paid the Peso or the tax to the Cartels and an independent smuggling group working directly for a Cartel," said Jones in his commentary on the video.

Smugglers were seen wearing ski masks to hide their identities as the boats came into view.

"You’re literally seeing a handoff from a criminal organization, that is responsible for thousands of murders in Mexico, handing these people off to a US law enforcement officer," Jones claimed.

The Biden administration has described the situation at the border as "a large flow of children" in need of getting “treated.”

BREAKING REPORT: South Texas migrant facility now at 729% OF IT'S LEGAL CAPACITY, children are GOING HUNGRY and are able to SHOWER ONLY ONCE every seven days - Daily Mail

"We certainly also recognize because the president and our administration has made a decision that the way to humanely approach immigration is to allow for unaccompanied children to come and be treated with humanity and be in a safe place while we’re... trying to get them into homes and sponsors homes that some more may come to our border," press secretary Jen Psaki said Thursday.

More than 3,250 migrant children have reportedly been detained along the US southern border in the last two weeks.