Tuesday, 16 March 2021_The Israeli ministry of military affairs says it has upgraded the so-called Iron Dome missile system to intercept additional kinds of projectiles, amid fears in Tel Aviv of the increasing defense capabilities of resistance groups in Lebanon and the Gaza Strip. 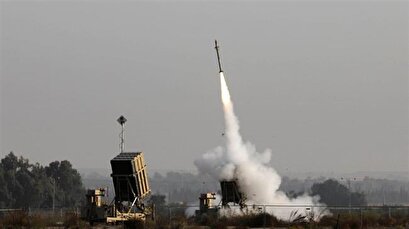 Moshe Patel, who is in charge of the ministry’s missile department, said in a statement on Tuesday that the missile system had completed a series of tests, including interceptions of rocket and missile salvos as well as simultaneous interceptions of multiple unmanned aerial vehicles.

Patel added the new system would be deployed by Israel’s air force and navy in the near future.

The highly-publicized Iron Dome system was designed to detect, assess and intercept a variety of shorter-range targets such as rockets, artillery and mortars, but it has proven largely ineffective in serving that purpose during the military conflicts that the regime has waged over the past years.

The anti-missile project was first installed in 2011 near Beersheba as a mobile all-weather system, years after Tel Aviv’s humiliating defeat in its 33-day war on Lebanon, in which the regime suffered huge losses thanks to the major role that the Hezbollah resistance movement played in defending its homeland.

The Israeli regime long tried to portray the “Iron Dome” as an invincible and all-powerful missile system, but the thoughts of an invulnerable missile shield evaporated during the regime’s military aggression against the blockaded Gaza Strip in 2019.

During that conflict, Palestinian resistance fighters with the Hamas and Islamic Jihad resistance groups overwhelmed the missile system by firing around 700 missiles towards the Israeli-occupied territories in just two days. Only some 240 of them were intercepted.

Hamas and Islamic Jihad said back then that they deliberately fired enormous numbers of rockets at a specific target zone in a new tactic to saturate Iron Dome. Four Israeli settlers were killed and at least 80 others injured in Gaza’s retaliatory attacks.