Thursday, 18 March 2021 (YJC)_ The UAE suspended plans for a summit in Abu Dhabi with Israel, the U.S. and Arab states in protest at Israeli Prime Minister attempts. 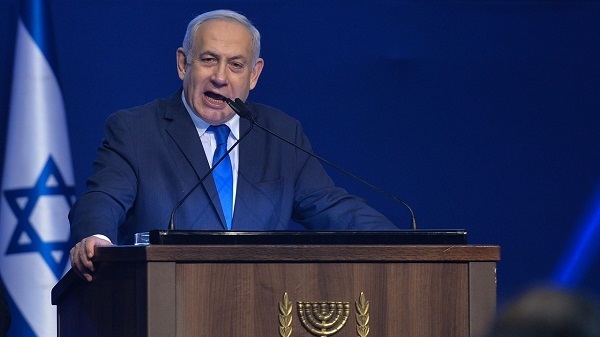 The UAE suspended plans for a summit in Abu Dhabi with Israel, the U.S. and Arab states in protest at Israeli Prime Minister Netanyahu's attempts to use Abu Dhabi's Crown Prince Mohammed Bin Zayed (MBZ) as a prop in his election campaign, U.S. sources briefed on the matter told me.

This is the first big crisis between the UAE and Israel since the announcement of the normalization relations last August.

The Emiratis are furious at Netanyahu for entangling them is domestic Israeli politics.

Three weeks ago, Netanyahu spoke on the phone with MBZ and proposed holding a signing ceremony of the Israel-Sudan diplomatic relations agreement in Abu Dhabi.

MBZ was open to this but wanted to bring the Biden administration on board. U.S. officials liked the idea and agreed to send a senior official to attend but stressed it wanted it only after the Israeli elections, sources familiar with the matter said.

The plan was to do the summit in early April, right after the elections. But Netanyahu still wanted to visit Abu Dhabi before the elections.

The Emiratis knew he was only looking for a photo-op but didn't want to create tensions and agreed to receive him. His visit last week didn't go ahead because of a crisis between Israel and Jordan.

Netanyahu continued pushing for a new date for the visit while mentioning the UAE in almost every campaign rally and interview. One of Netanyahu’s main talking points was that MBZ promised him to invest 10 billion dollars in Israel.

The Emiratis decided to retaliate. Their first response was a statement by Industry Minister Sultan Jaber that the investment in Israel was only in a very preliminary stage of being considered and that any such investment will be economically motivated and not based on politics.

The second response was to make it clear to Netanyahu in private and in public he will not visit the UAE before the elections. UAE Presidential adviser Anwar Gargash, who until several weeks ago was the minister of state for foreign affairs, tweeted that the UAE "will not be a part in any internal electioneering in Israel, now or ever."

The third response was a decision to suspend the planned summit. The newspaper Yediot Ahronot first reported about the Emirati decision. Sources familiar with the issue told me the UAE notified the Biden administration that it was suspending the summit due to Netanyahu’s behavior.