Friday, 19 March 2021_High-level US officials have visited South Korea this week taking aim at North Korea and China as the new administration of US President Joe Biden conducts its foreign policy review. 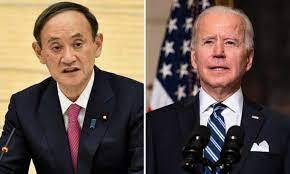 US Secretary of State Antony Blinken and Secretary of Defense Lloyd Austin met with their South Korean counterparts in Seoul, where they pressed home their intention to contain China and rein in North Korea.

US and South Korean defense chiefs ceremoniously reaffirmed their alliance, although behind the scenes is much disagreement, with South Korea more interested in diplomacy.

South Korean President Moon Jae-in has about a year left in his term. And he would like nothing more than to set the Korean Peninsula on a stable path, and perhaps even negotiate a peace agreement with North Korea. But to do that Moon requires the support and cooperation of the United States and the new administration of US President Joe Biden, whose foreign policies are still under review.

The US and South Korea also signed the agreement that sees Seoul pay 13.9 percent more to host US forces in South Korea next year, and about six percent more each year for the next several years. Activists say it's too much and the wrong approach.

The US officials also met with South Korean President Moon. During his trip US Secretary of State Blinken was critical of China on human rights and its quote - coercive and aggressive - behavior, and will now head to Alaska for the first meeting of top US and Chinese diplomats.