Saturday, 20 March 2021_Russia has warned that foreign-backed terrorists are preparing for a false-flag chemical attack in Syria's northwestern province of Idlib to implicate government troops and fabricate pretexts for foreign acts of aggression on the war-ravaged Arab country. 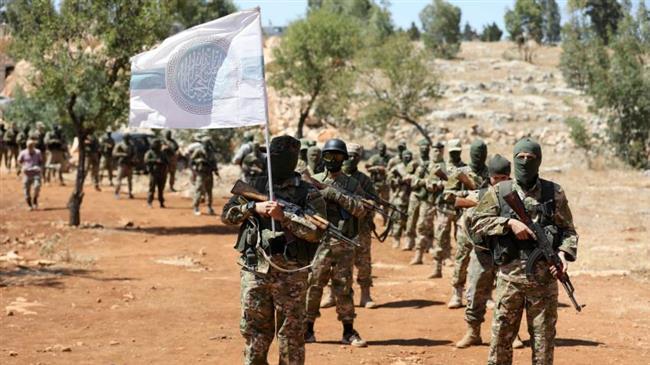 Rear Admiral Alexander Karpov, the deputy head of the Russian Defense Ministry’s Center for Reconciliation of the Opposing Parties in Syria, said on Friday that the center had received information that the foreign-sponsored Takfiri terrorists, affiliated with the Hay'at Tahrir al-Sham (HTS) terrorist group, were seeking to escalate tensions in the northeastern part of the province through organizing an attack on the village of Kityan in order “to frame the Syrian army for the use of chemical warfare against civilians.”

Karpov noted that his center has frequently been informed about terrorists’ provocative actions in Syria and their attempts to carry out false-flag chemical attacks.

Back on March 9, the HTS militants were intending to stage a chemical attack on the village of Kabana in Idlib.

The Russian Center for Reconciliation of Opposing Parties in Syria announced on February 20 that the HTS terrorists had been planning a provocation with the use of toxic agents northeast of the de-escalation zone in Syria’s Idlib Province.

The center said at the time that the al-Qaeda-affiliated terrorists had already delivered truck containers with toxic agents, presumably chlorine, to the town of Turmanin.

“According to our information, militants plan to simulate a chemical attack entailing casualties among local residents in order to accuse the Syrian government forces of the use of chemical weapons against civilians,” it stated back then.

The Western countries rushed to blame the incident on the Syrian governemnt, with the US launching a missile attack against Shayrat Airbase in Syria’s Homs Province on April 7, 2017.

Washington claimed that the air field had been the origin of the chemical attack. Damascus, however, said the Khan Shaykhun incident was a fabrication to justify the subsequent US missile strike.

Russia has repeatedly criticized the Organization for the Prohibition of Chemical Weapons (OPCW) for ignoring the information about toxic provocations in Syria, saying the body is biased against the Damascus government.

Recently, Russia’s UN Ambassador Vasily Nebenzya said the OPCW is being used as a political tool by the Western countries to put pressure on the states they deem as "undesirable".