Tuesday, 23 March 2021 _Bristol, southwest England on the weekend…A peaceful march against government-proposed legislation that gives the police sweeping powers descended into violence. Some clashed with the police, others vented their anger and frustration in other ways. 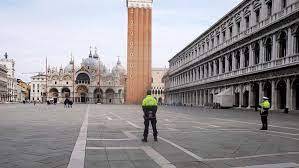 As darkness set in, the situation escalated further. Fire-works were thrown and police vans set on fire, several officers injured.

But that doesn’t take away from the seriousness of the government’s Police, Crime, Sentencing and Courts Bill. And here’s why it matters. Scenes on March 13 of women being manhandled by police officers while attending a peaceful vigil in memory of a young woman murdered allegedly by a police officer.