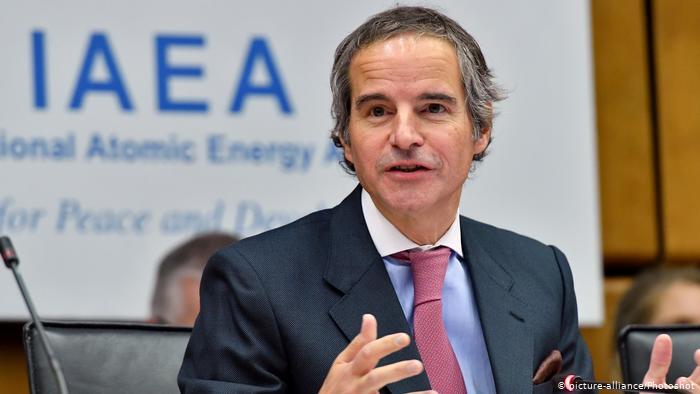 Iran must come clean about recent findings of undeclared uranium to revive the 2015 nuclear agreement, the director general of the U.N. nuclear watchdog has told Newsweek.

In an interview, International Atomic Energy Agency (IAEA) chief Rafael Grossi said "detailed and technical discussions" are needed to ascertain the location of Iran's undeclared uranium and that this issue is "totally connected" to the future of the deal.

He said there were a number of points that were "still unclear" relating to traces of uranium that were found but had not been declared in the past by Tehran.

"Because it hasn't been declared. This necessitates a very detailed and technical discussion, which was not taking place."

Last month, a Reuters report revealed that the IAEA found uranium particles in two Iranian sites it inspected last August and September, after months of stonewalling by Tehran.