Pakistan has showed off its military might with an impressive airshow and display of high tech indigenous weapons particularly nuclear capable missiles. 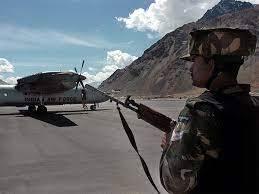 A massive airshow in Pakistan’s capital Islamabad; the armed forces flexed their muscles on the eve of Pakistan’s national day. Pakistan celebrates every year the very idea of its creation in the name of Islam over 80 years ago when this part of the world together with India was under the imperial rule of the British.

The significant part of the airshow was the acrobatic maneuverability of these war planes known as JF Thunder. Pakistan endogenously manufactured them in cooperation with China after the US stopped the supplies of F-16 fighter jets. Pakistan is fast reducing its reliance on the US for military hardwares with growing role of China in the indigenous production of its high tech weapons with focus on fighter jets.

These are the nuclear capable missiles which Islamabad showed off to demonstrate its military might against arch rival India. Pakistan had four wars with India, three of which were over disputed Kashmir region divided between two nuclear armed neighbors in South Asia.

According to study by American think tanks (the Carnegie Endowment for International Peace and the Stimson Center), Islamabad is far outpacing New Delhi in the development of nuclear warheads and Pakistan would posses more nuclear weapons than any other country except Russia and the US within next five years.